17: 13: The Duke of Cambridge, The Duke of York, and The Earl and Countess of Wessex have arrived at the Balmoral where Prince Charles, Duchess Camilla, and Princes Anne are already there with The Queen. Unknown to the public The Queen was already gone by then.

16:50: The UK weather was at its best. It’s raining in the UK. But it did not deter the public that started to gather outside Buckingham Palace.

16:42: The Duke of Sussex headed for the Balmoral.

16:30: Prime Minister Liz Truss was informed of The Queen’s passing. The 4 members of the royal family the Duke of Cambridge, the Duke of York, and Earl and Countess of Wessex were still on road to Balmoral castle from Aberdeen.

16:04: Buckingham Palace calls off Changing of the Guard, which was due to take place tomorrow.

15:50: A RAF aircraft carrying the Duke of Cambridge, the Duke of York, and Earl and Countess of Wessex landed at Aberdeen Airport.

15:33: A RAF Aircraft flight carrying members of the Royal Household was expected to land at Aberdeen Airport shortly.  The plane was traveling from RAF Northolt in London. It’s not known exactly which members of the household were on board at that time.

15:12: BBC reporters were asked to wear black. The regular news programs on news channels were suspended and live coverage from Balmoral began.

15:00:  The Duchess of Cambridge was seen driving in Windsor, doing a school run. Today was Prince George, Princess Charlotte, and Prince Louis’ first day of school at Lambrook.  The Duke of Cambridge has already headed for the Balmoral to be with his Grandmother. 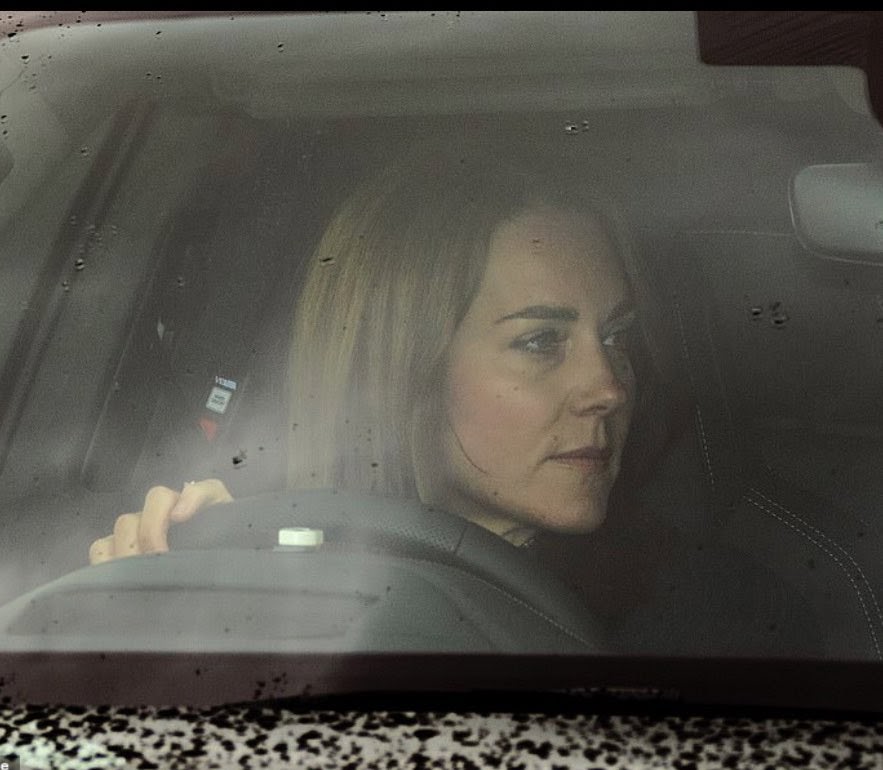 14:30: A RAF Aircraft carrying 4 members of the Royal Family left for Balmoral. Kensington Palace confirmed The Duke of Cambridge was traveling to Balmoral. Princess Anne was already with The Queen as she was in Scotland. (Initially, it was being said that Prince William is taking a private flight to Balmoral but it turned out to be a piece of misinformation).

12:46: Clarence House announces, “Their Royal Highnesses The Prince of Wales and the Duchess of Cornwall have traveled to Balmoral”. Prince Charles and Camilla were at Dumfries house in Scotland.

12:30: Buckingham Palace released a statement regarding The Queen’s health. At the House of Commons, notes were passed among MPs, and Prime Minister Liz Truss left shortly after. This sparked nationwide speculation that something very wrong has happened. Given the way members of The Royal Family were summoned to Balmoral, it was clear to her Doctors that this would be an end.

A statement from Buckingham Palace:https://t.co/2x2oD289nL

Her Majesty The Queen is under medical supervision. The Prince of Wales, The Duchess of Cornwall, The Duke of Cambridge, The Duke of York, Princess Anne, and Prince Edward have arrived in Balmoral.

It seems like the Duke of Cambridge landed around 10.27am this morning. https://t.co/KuZITa0Uap

“Following further evaluation this morning, The Queen’s doctors are concerned for Her Majesty’s health and have recommended she remain under medical supervision. The Queen remains comfortable and at Balmoral.”

The Queen received her 15th Prime Minister just on Tuesday this week. Yesterday she was supposed to attend the Privy council’s meeting but had to cancel due to her doctor’s advice. Who would have thought this was the last time we were seeing The Queen?

Her Majesty asked her to form a new Administration. Ms. Truss accepted Her Majesty’s offer and was appointed Prime Minister and First Lord of the Treasury. pic.twitter.com/klRwVvEOyc

No changing of the guard at Buckingham Palace today

In my whole 3 decade existence The UK and Canada mean The Queen to me. always.

I don’t know any other situation. If I am having these horrible feelings I cannot even imagine what her family must be going through.

Prayers, best wishes and love for them.

God Save The Queen. https://t.co/qfzKEF5m7r

Unknown to the public, The Royal Household and the Government were already following the steps of Operation London Bridge –  the plan for what will happen in the United Kingdom on and immediately after the death of Queen Elizabeth II. It included planning for the announcement of her death, the period of official mourning, and the details of her state funeral. Some critical decisions relating to the plan have been made by the Queen herself, although some can only be made by her successor, Charles, Prince of Wales, after her death.

I have been asked for live coverage. Here are the links.

Born on April 21st in 1926 in Mayfair, Elizabeth was born Princess Elizabeth to the then Duke and Duchess of York. Her family did not expect that she would one day become Monarch. Princess Elizabeth became heiress apparent in December 1936 when her uncle – King Edward VIII – abdicated, leaving her father as King George VI, and her as next in line to the throne.

Princess Elizabeth ascended to the throne in 1952 after the death of her father King George VI.

In April 2021, The Queen lost her partner and love of her life – Prince Philip who died at the age of 99 at Windsor Castle.

In 2022, The Queen marked a historic milestone and became the longest reigning Monarch of the United Kingdom. The Royal Family and the UK marked the historic milestone with a 5 days long Platinum jubilee celebration in June 2022.

I declare before you all that my whole life whether it be long or short shall be devoted to your service and the service of our great imperial family to which we all belong” – Princess Elizabeth (HM the Queen) in 1947.

And she remained true to her words!!

I would like to take this moment to thank the Queen for her selfless service and steadfast support for the Country, realms, and commonwealth for more than 8 decades. She will always be remembered. May Her Majesty rest in peace forever!!!