The proud Princess of Wales, Catherine, was joined by The King, The Queen, The Prince of Wales, Prince George, Princess Charlotte and Royal Family members at her second ‘Together At Christmas’ carol service that she hosted at Westminster Abbey. Catherine hosted the first carol service last year in December. It is believed that the event could become Catherine’s annual Christmas event.

The Princess of Wales arrived at Westminster earlier than her family and The Royals to see the final preparations.

The evening recognised selflessness among individuals and communities around the UK and highlight the importance of supporting others during difficult times.

HRH The Princess of Wales greets HRH The Prince of Wales, Prince George and Princess Charlotte as they arrive at Westminster Abbey for tonight’s carol service. #RoyalCarols #TogetherAtChristmas pic.twitter.com/ZIbODw3ua5

The Prince of Wales arrived from Adeliade Cottage with both Prince George and Princess Charlotte. George and Charlotte’s appearance was not announced ahead of time but it was much anticipated and was a pleasant surprise.

The King and The Queen joined the Prince and Princess of Wales ahead of the service.

HM The King and HM The Queen Consort arrive at Westminster Abbey ahead of The Royal Carols: Together at Christmas service. ⁰ #RoyalCarols #TogetherAtChristmas pic.twitter.com/BpTOJD2eh7

It was a lovely show of family support. Joining The Princess of Wales at the service was The Countess of Wessex, Princess Beatrice and her husband Edoardo Mapelli Mozzi, Princess Eugenie and her husband Jack Brooksbank, Zara Tindall, Lady Gabriella Windsor, Princess Alexandra, Catherine’s Parents parents Michael and Carole Middleton with her sister and brother-in-law, Pippa and James Matthews.

In the background of the colder weather in the city, Westminster Abbey was decorated as a Winter Wonderland. Spearheaded by The Princess of Wales, the event was supported by The Royal Foundation of the Prince and Princess of Wales. 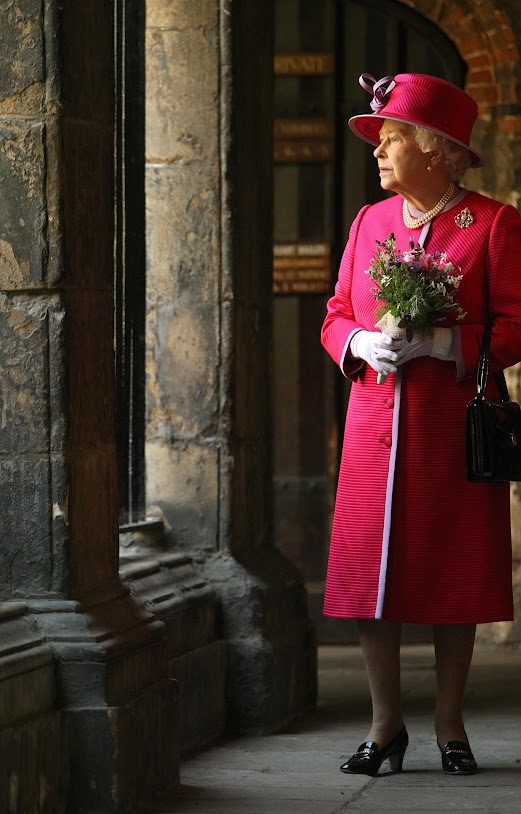 The carol service was dedicated to Her Majesty Queen Elizabeth II and the values the late monarch demonstrated throughout her life, including duty, empathy, faith, service, kindness, compassion and support for others.

These principles are shared and personified by the inspirational guests who have been invited to the Abbey in recognition of their tireless work to help and care for those around them. The carol service will celebrate and showcase the joy that human connection can bring: forging friendships and strengthening communities, creating legacies of humility and kindness, whilst also providing relief and comfort in times of difficulty or loss. The service will combine both traditional and modern elements, reaching people of all faiths and none. – Kensington Palace.

A Paddington bear had his own place at the event.

The service had performances by West End star Samantha Barks, a duet by Alfie Boe and Melanie C. and readings by the Prince of Wales, Dame Kristin Scott Thomas and Hugh Bonneville. The programme will be broadcast on ITV on Christmas Eve and will be narrated by Catherine Zeta-Jones.

The #PrincessofWales hosted #TogetherAtChristmas at Westminster Abbey last week and it will be broadcast on ITV this Saturday – https://t.co/dSeNwPI3xo

Guest names have been drawn from Lieutenancies across the UK, alongside community networks and charities associated with Members of the Royal Family, including some of the patronages of Her Late Majesty.

We saw some familiar faces in the evening. Little four-year-old Theo waited for hours to present her with flowers in Wales several months ago and tonight he was on the guest list.

Embed from Getty Images
The Army personnel who carried The Late Queen’s Coffin on her funeral day were also on the guest list.

The outfit was a modified version of her cobalt blue Eponine London Double Breasted Midi Coat Dress that she wore in November 2021 at the reception hosted during COP26.

The burgundy version has full sleeves, a Princess seam at the waistline, pleats at the shoulders and gold trim tonal buttons on the front and back waistline.

Another new element of the outfit was a pair of Accessorize Eclectic Gem Statement Long Drop Earrings. Thanks to UFoNoMore for the id.

The Princess of Wales was carrying a matching burgundy colour Croc-effect clutch. At this time the clutch remained unidentified. I will update the post once we have more information on the piece. KateMiddStyle on Twitter has suggested that the Princess might be carrying M&Co gloves. But there is no confirmation on them either.

Princess Charlotte was looking cute and elegant in a burgundy shade Trotters Heritage Classic Coat. While Prince George matched with Daddy William in a smart suit.

As of this moment, Kensington Palace has not announced any further engagements for the Royal couple. The Prince and Princess of Wales did say earlier this year that they will be returning to Wales before Christmas so we might see them making a visit sometime next week.

Prince George, Princess Charlotte and Prince Louis’ winter break started this Friday, so the Wales family will be moving to Anmer Hall on Sandringham Estate for the winter break where King Charles III will be hosting the extended Royal family for the Christmas celebration. All in all, I believe there will be two or three more public appearances from Catherine including Christmas service before the year ends.

Embed from Getty Images
The Royal Family leaving after the service.