The Prince of Wales Feathers Brooch

The brooch is also known as the ‘Ladies of North Wales Brooch’ as it was a wedding gift to Princess Alexandra of Denmark upon her marriage to the then Prince of Wales and the future King Edward VII in March 1863 by the society of the Ladies of North Wales. The brooch was accompanied by a pair of matching emerald drop earrings. 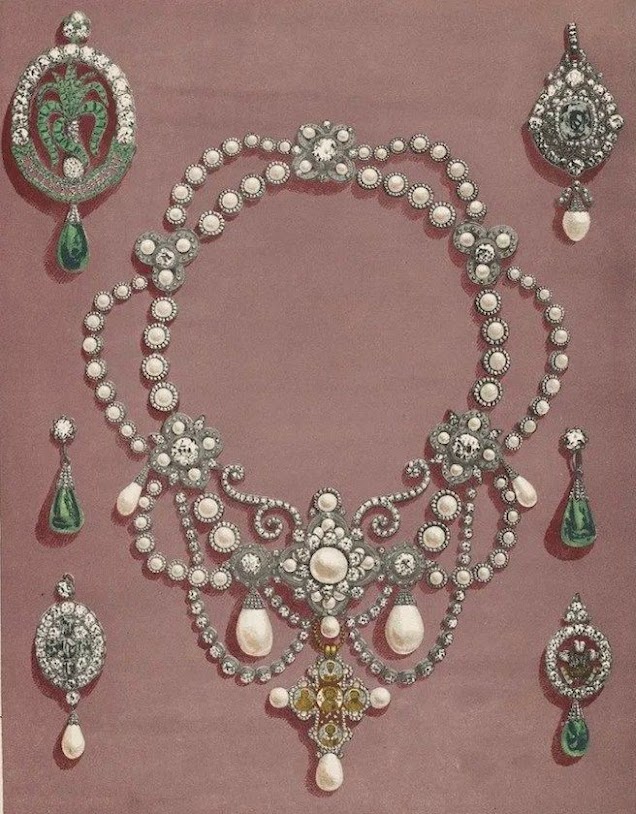 The oval-shaped brooch that can be worn as a pendant was designed by Garrard and co. and features 18 Round Cut diamonds with small emeralds that surround the traditional symbol of the Prince of Wales, three ostrich feathers, encircled by a crown with the motto ‘Ich Dien’ (I Serve) made of diamonds, rubies and emerald.

Suspended from the brooch is a detachable cabochon emerald pendant. The ostrich feathers have been a part of long-standing British Royal history, especially since Edward III. Since 1863, the brooch has been passed down to the Princesses of Wales. From Princess Alexandra, it went to Princess Mary, then to The Duchess of York (later Queen Mother) as there was no Princess of Wales at that time.

In 1981, William’s mother, Lady Diana, received this brooch as a wedding gift and in 2005 it was passed down to the now Queen Consort, Camilla. Diana debuted the brooch in 1982 at the Royal Opera House without the emerald pendant and wore it as a necklace and that’s how she mostly wore it.

In 1986, Princess Diana wore the brooch with the cabochon emerald at the gala performance of ‘Love For Love’ at the Vienna Burgh Theatre. Diana was seen wearing the brooch for the last time in 1996 at the private piano recital performance by Madame Helene Mercier-Arnault and Brigitte Engerer at the Queen Elizabeth/Purcell Room complex at The Royal Festival Hall.

Embed from Getty Images
Camilla wore the brooch for the first time in 2006. The Royal Watcher has more information on the timeline here.

And as of this moment, the brooch has been given to Catherine as the new Princess of Wales.

There are no reviews yet.