Queen Letizia of Spain undertook her last summer engagement before moving to Palma today and presided over the UNICEF Mental Health Meeting at the Headquarters of the UNICEF Spanish Committee in Madrid.  Queen Letizia is the Honorary President of the Spanish UNICEF Committee and Ombudsman for the Mental Health of Children and Adolescents of the organization

Upon arrival, Letizia was received by the President of UNICEF Spain, Gustavo Suárez Pertierra. The meeting was attended by various experts and a few selected mothers of young and adolescent people.

The meeting addressed the mental health issues faced by the young and adolescents in Spain. The situation has been badly affected by the pandemic.

Meeting also discussed the various approaches to address this concern with young and adolescents from the clinical and preventive point of view; the shortcomings detected in the health system and the changes required to deal with these situations.

For their part, the mothers present at the meeting offered their views on the difficulties families face when mental health problems arise in their children, the needs and deficiencies they have to face, or the role of families as a protective factor for mental health of children and adolescents. 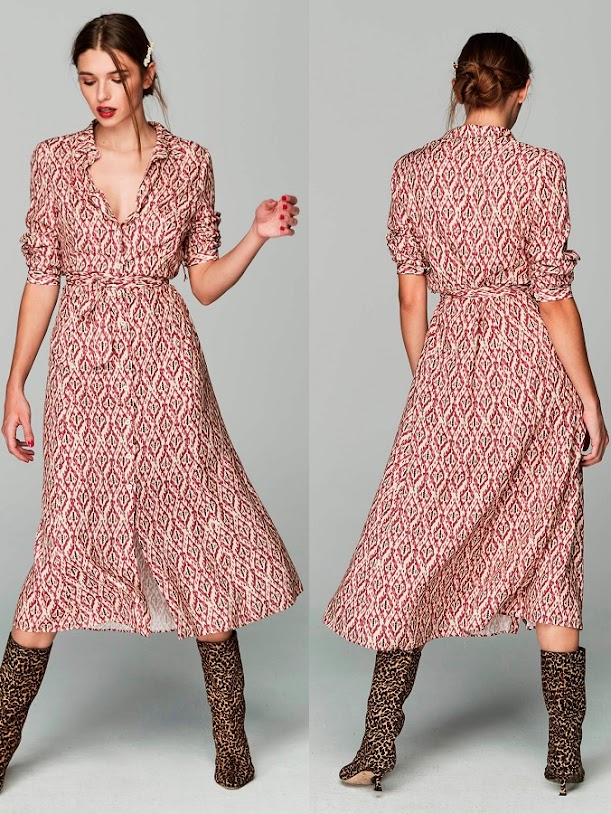 Letizia was wearing Dándara Printed Shirt Dress that we saw Princess Leonor wearing earlier in June during a movie night with her parents and sister. The €59.99 dress was described as, a “Midi shirt dress with shirt collar, buttoned in the front and bow of the same fabric.”

Letizia was wearing a pair of diamond halo earrings