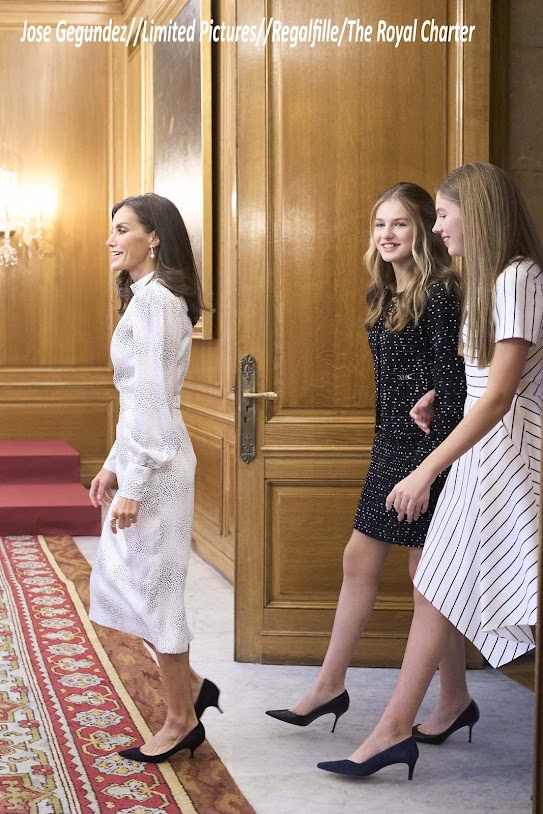 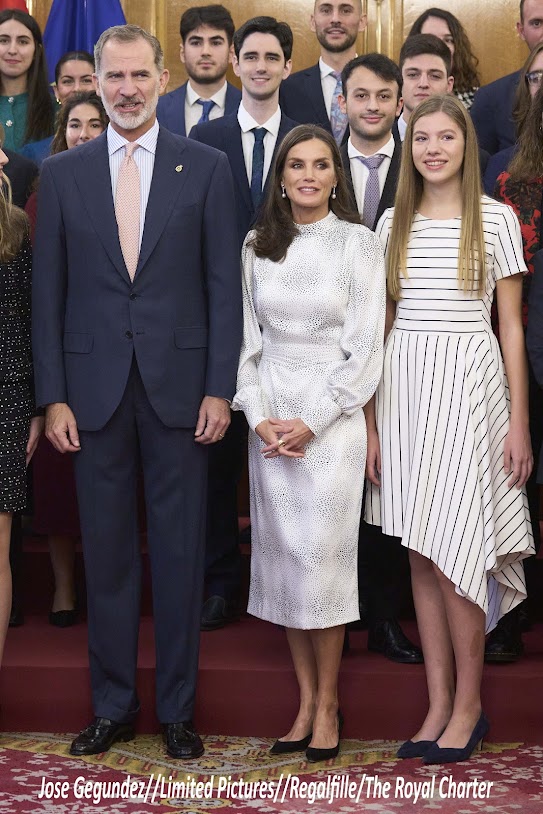 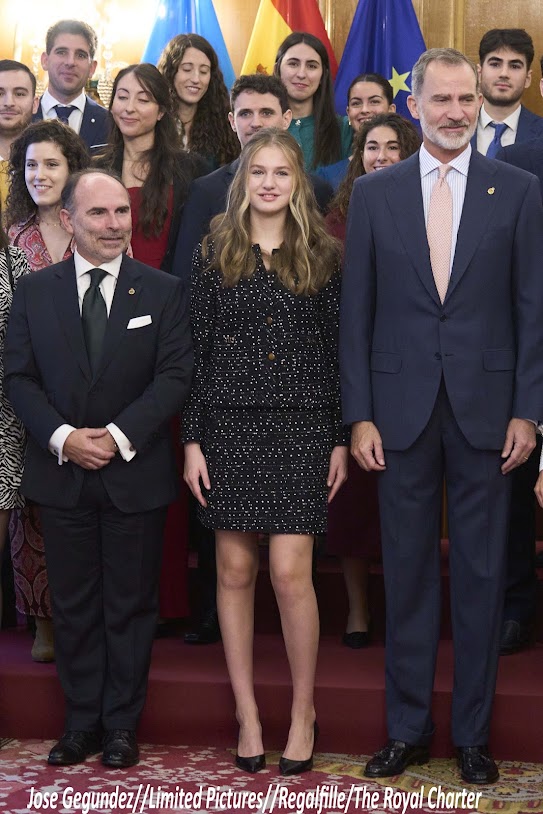 The audience took place in the Council Room of the Hotel Reconquista where the Spanish Royal Family are staying during their time in Oviedo. Oviedo holds a special place in the family. It’s not just the part of the Princess of Asturias Kingdom  – the title held by the Spanish heir to the throne but also the birthplace of Queen Letizia. 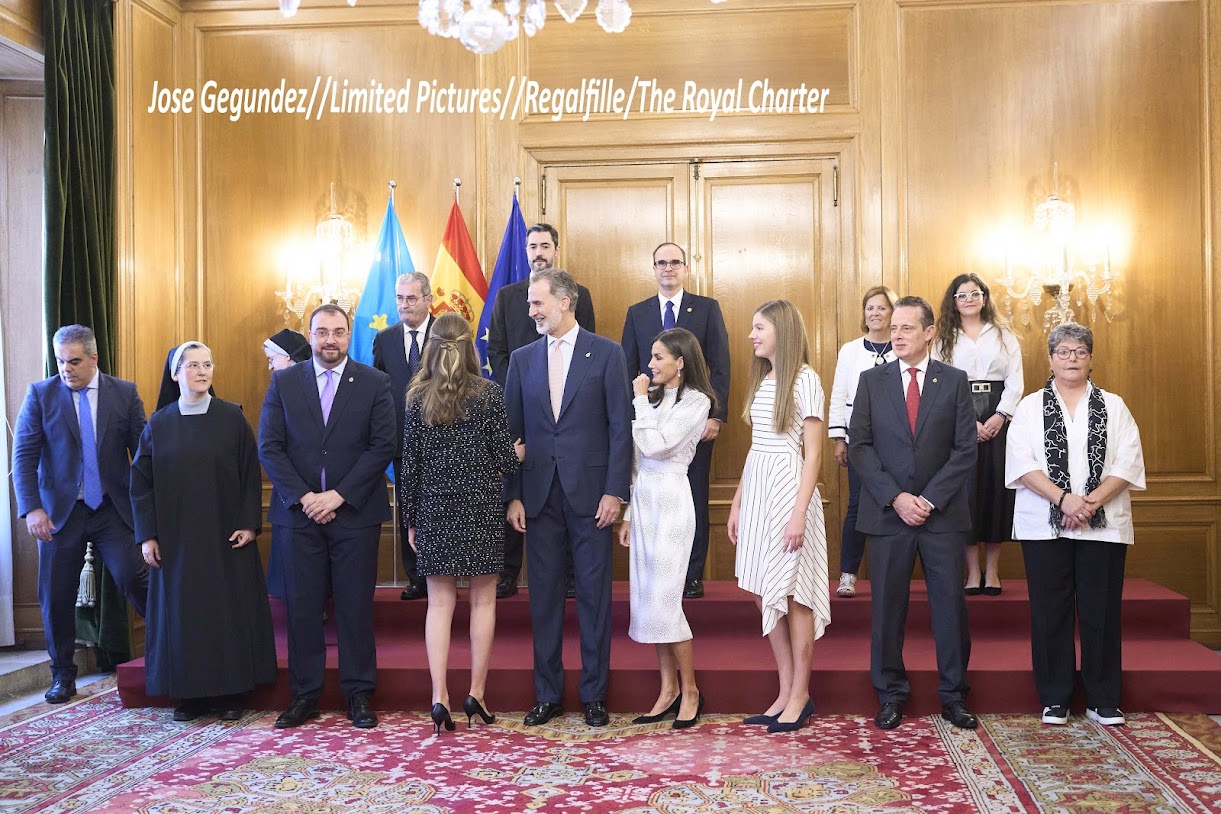 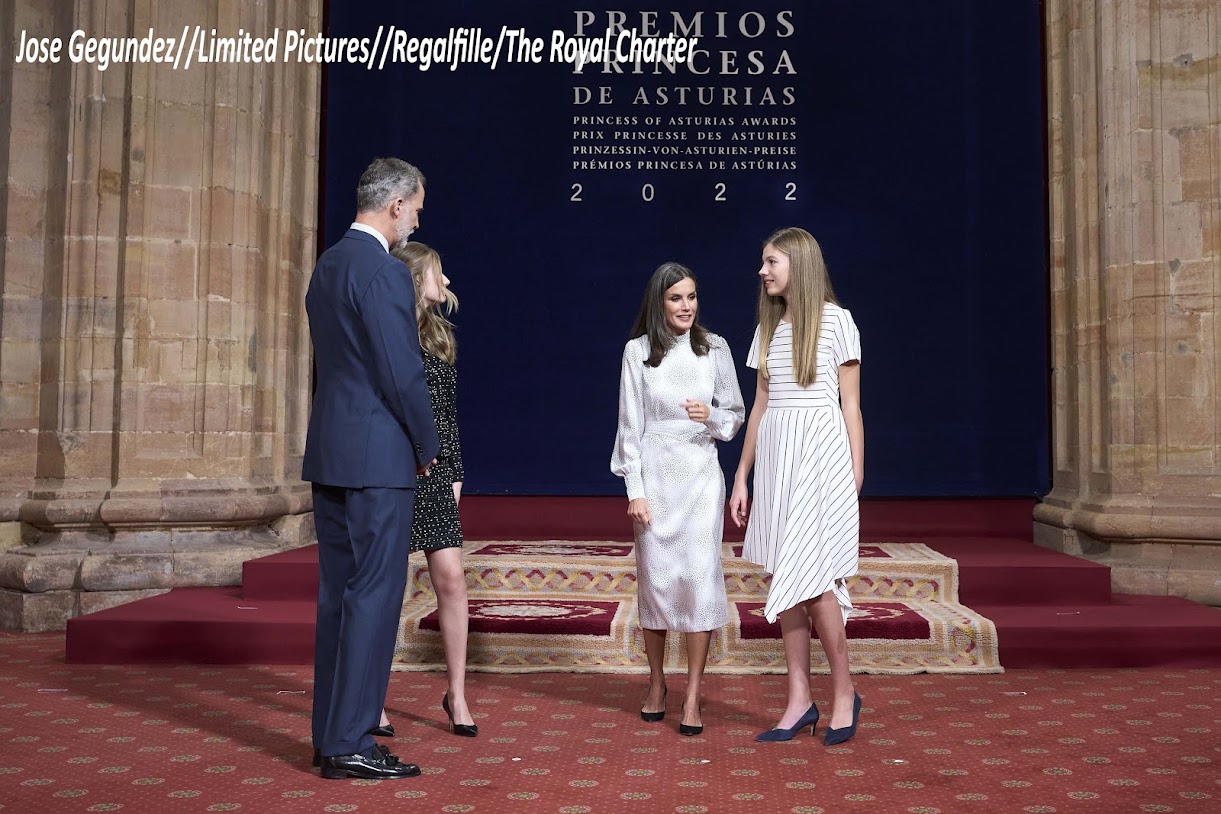 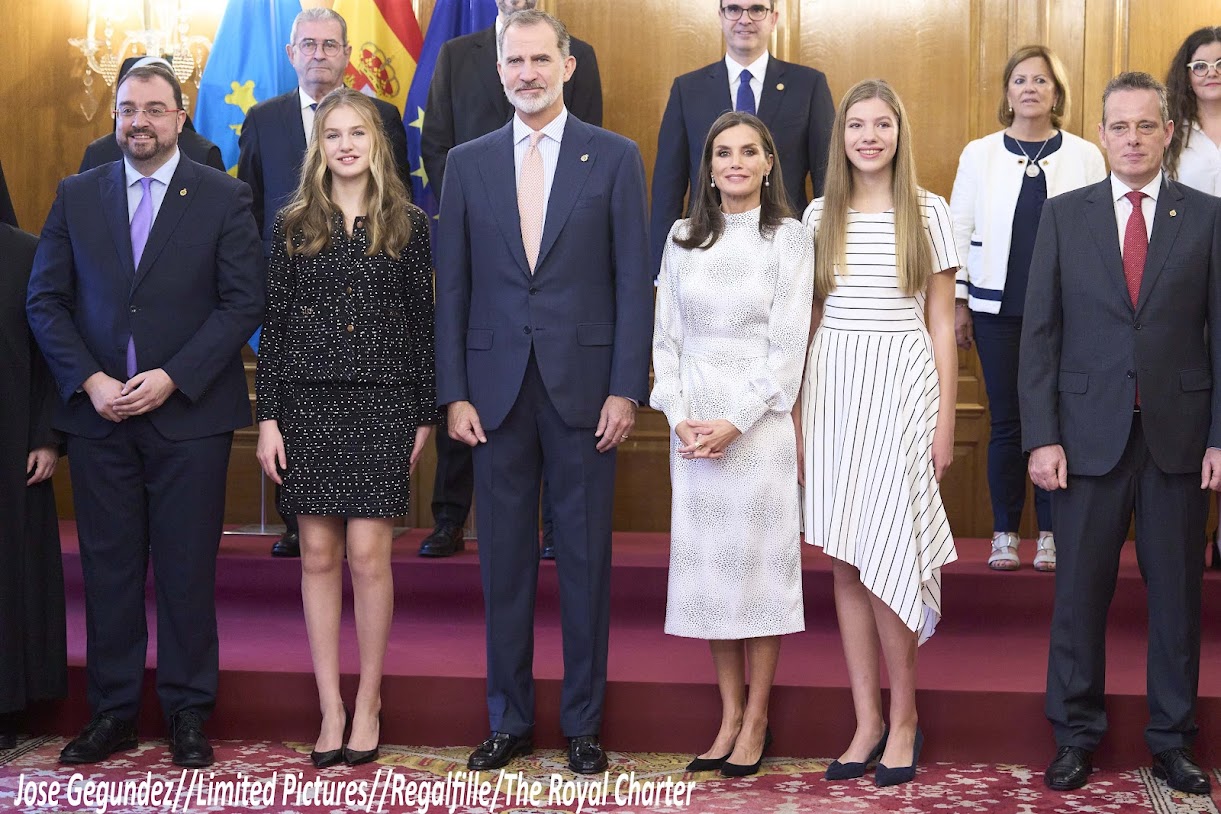 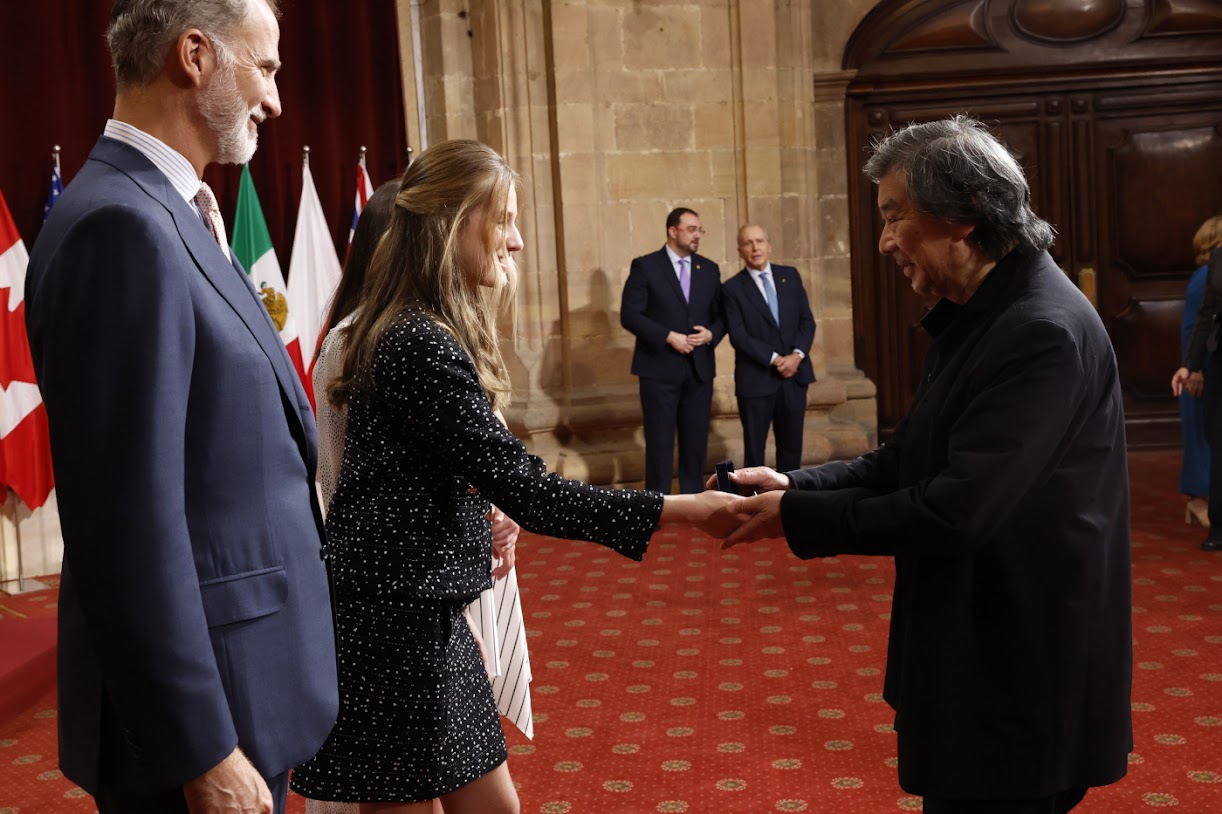 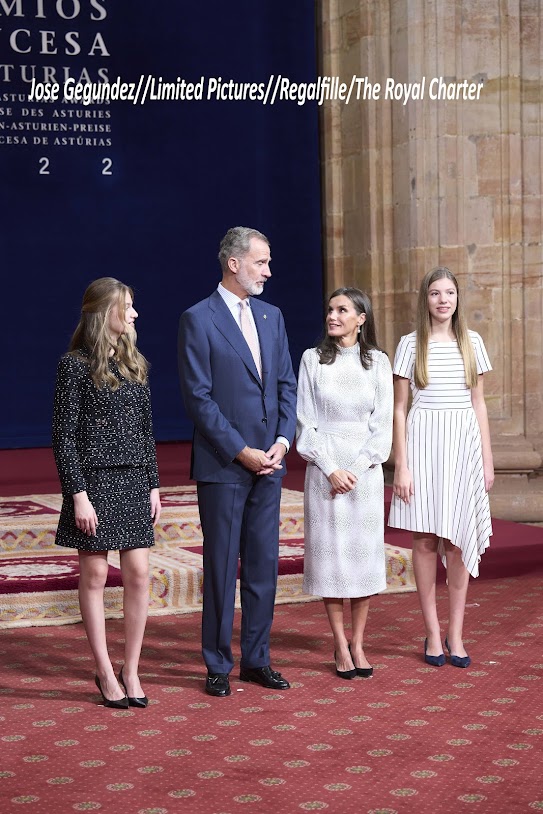 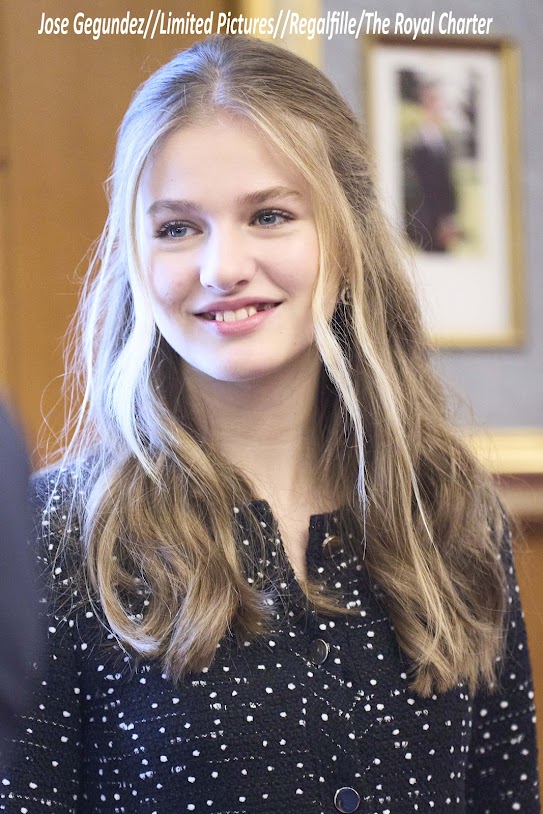 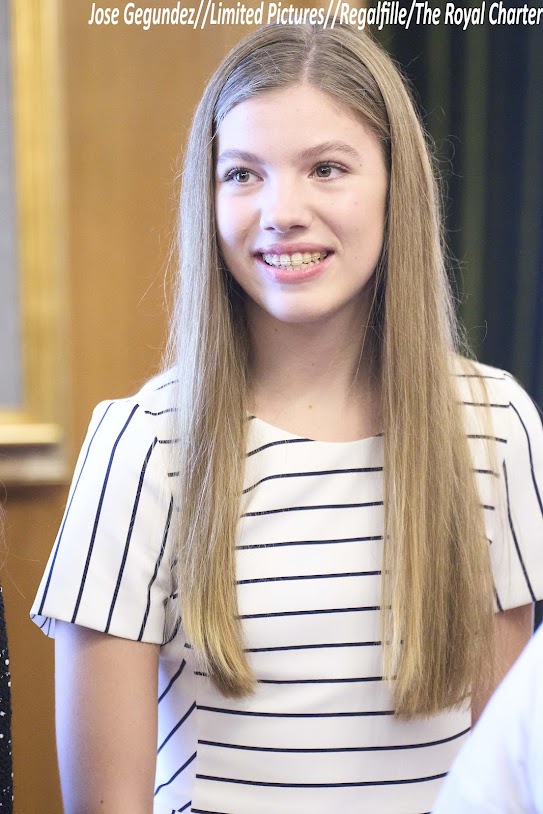 The Foundation was established in 1980 to highlight the role of the Kingdom and Royal Family in the country and the then Prince of Asturias – Felipe, was its first Honorary President who remains the same until 2014 when he became the King of Spain. Since 2014 Felipe’s elder daughter Princess Leonor holds the Honorary Presidency of the foundation. 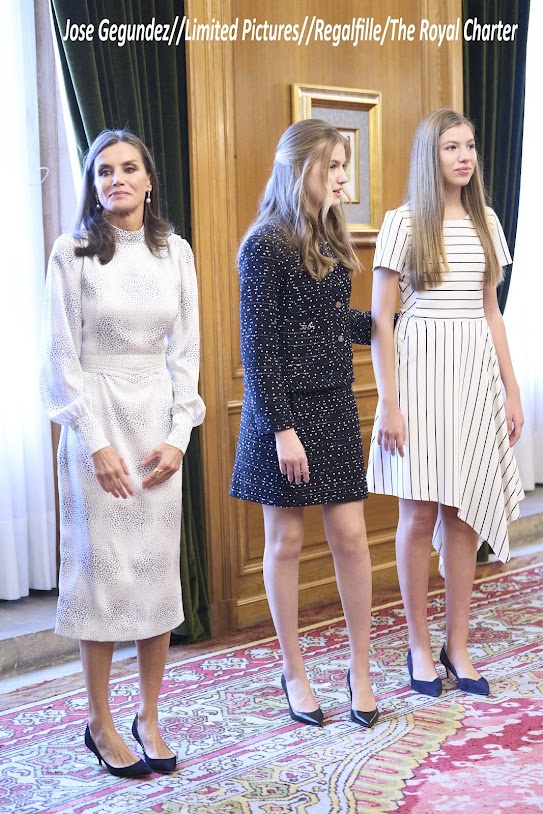 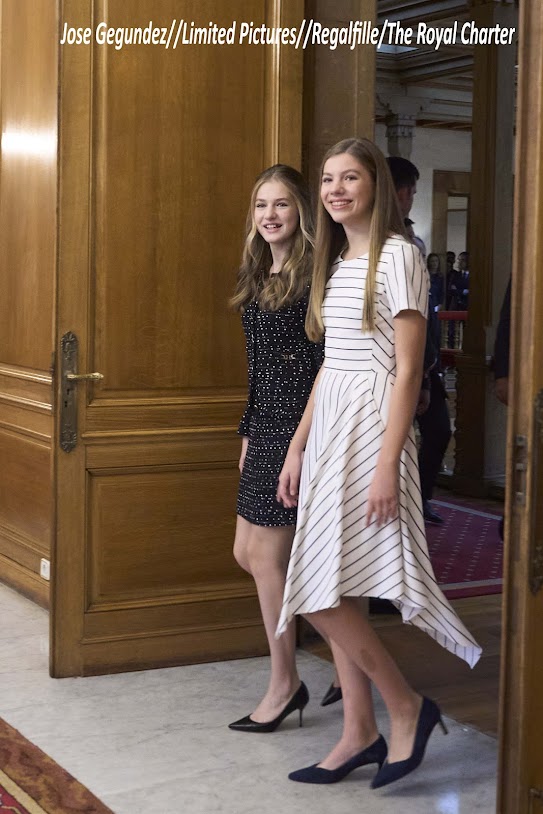 Queen Letizia of Spain was wearing her Ana Cherubina Didi Dress that she first wore in June 2019 at the Order of Garter service in the UK.

The €280 dress was described as, “The DIDI dress is made of twill fabric with an excellent fall and softness. It has fantastic puff sleeves with lantern cups and buttoned cuffs. The Perkins-type collar brings a touch of unique elegance topped on the left side by small lined buttons. It is a midi-length dress, with a silhouette cut at the waist by a sash drawn with stitching. Its print is exclusive to Cherubina”. 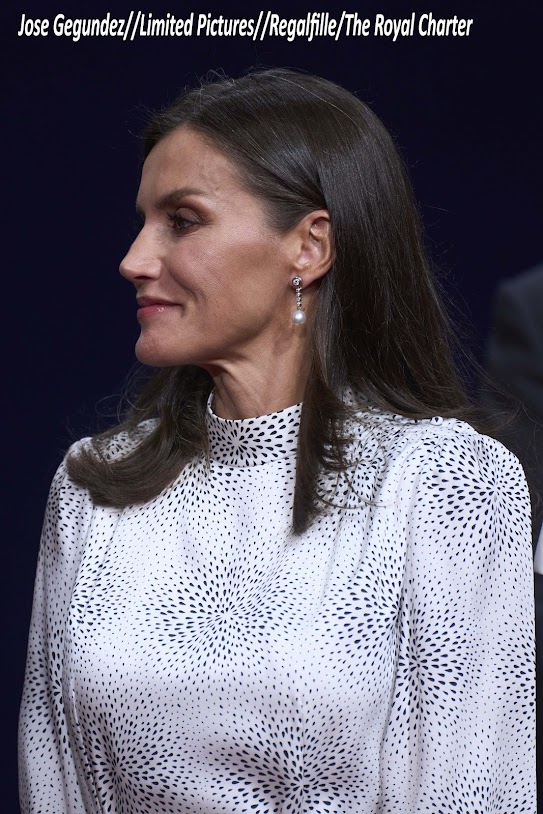 This was the third time we saw the dress. Letizia again wore the dress in 2020 during a visit to Seville.

Queen Letizia teamed up the outfit with her Australian pearls and diamond white gold earrings. 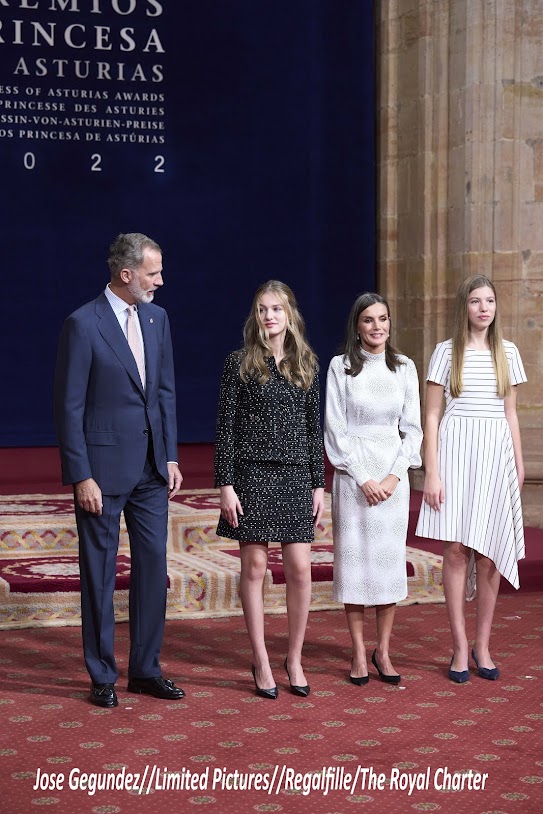 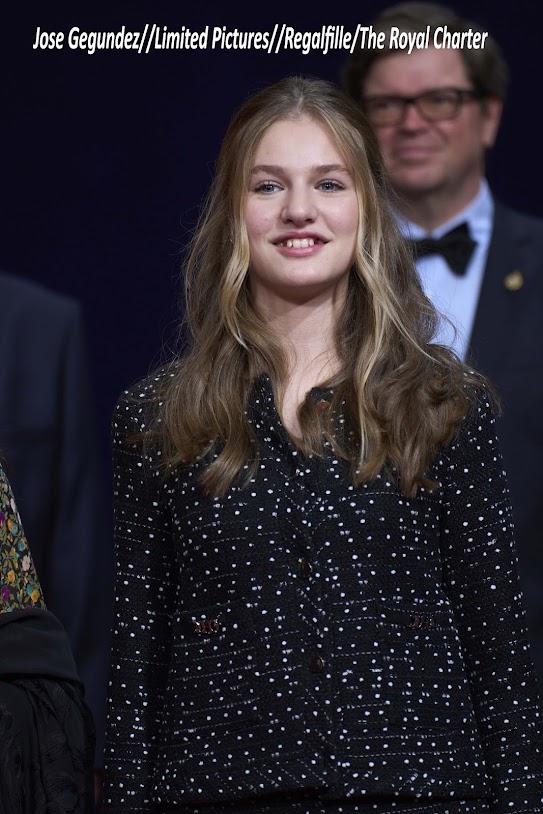 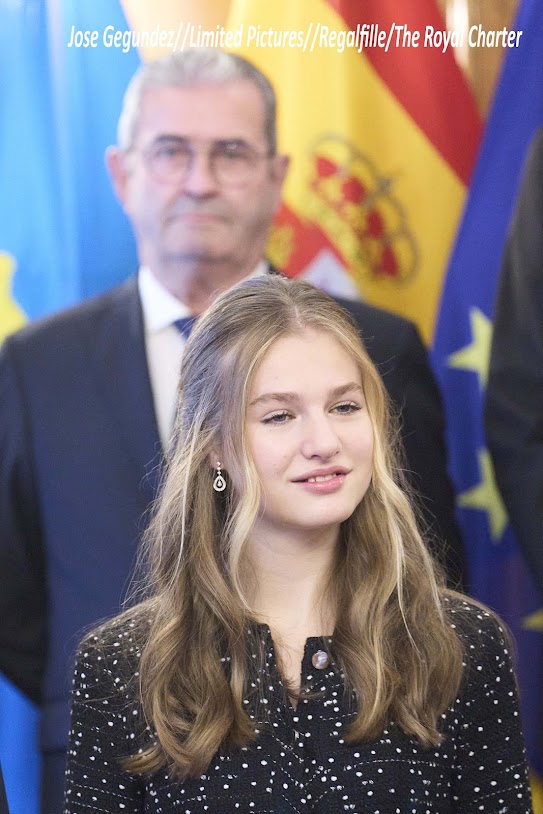 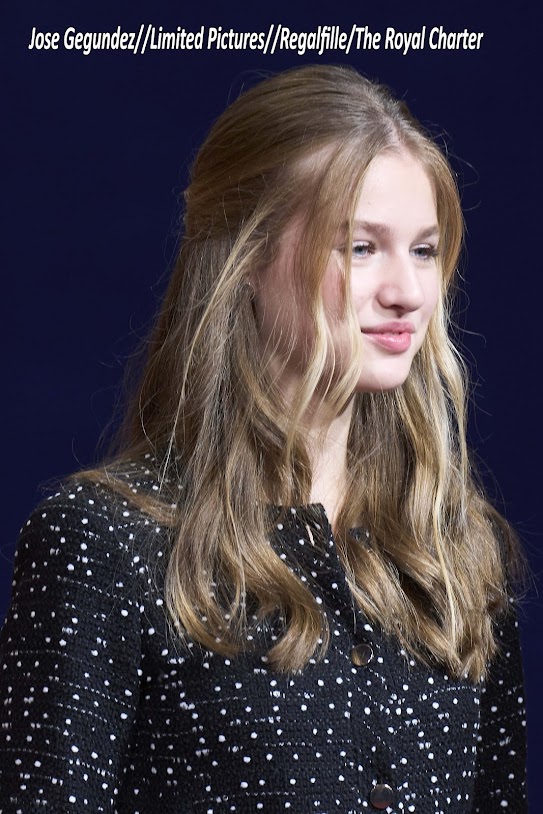 Leonor was wearing her mother, Queen Letizia’s tear-drop diamond earrings that Letizia first wore at the same event in 2014. But later on, Leonor changed her earrings to disc ones.

Infanta Sofia was wearing a Hugo Boss striped asymmetric hem dress. Thanks to letizia_de_princesa_a_reina for the id.

Tonight, The Royal Family will be presenting the awards. They will be joining Queen Sofia for the occasion.