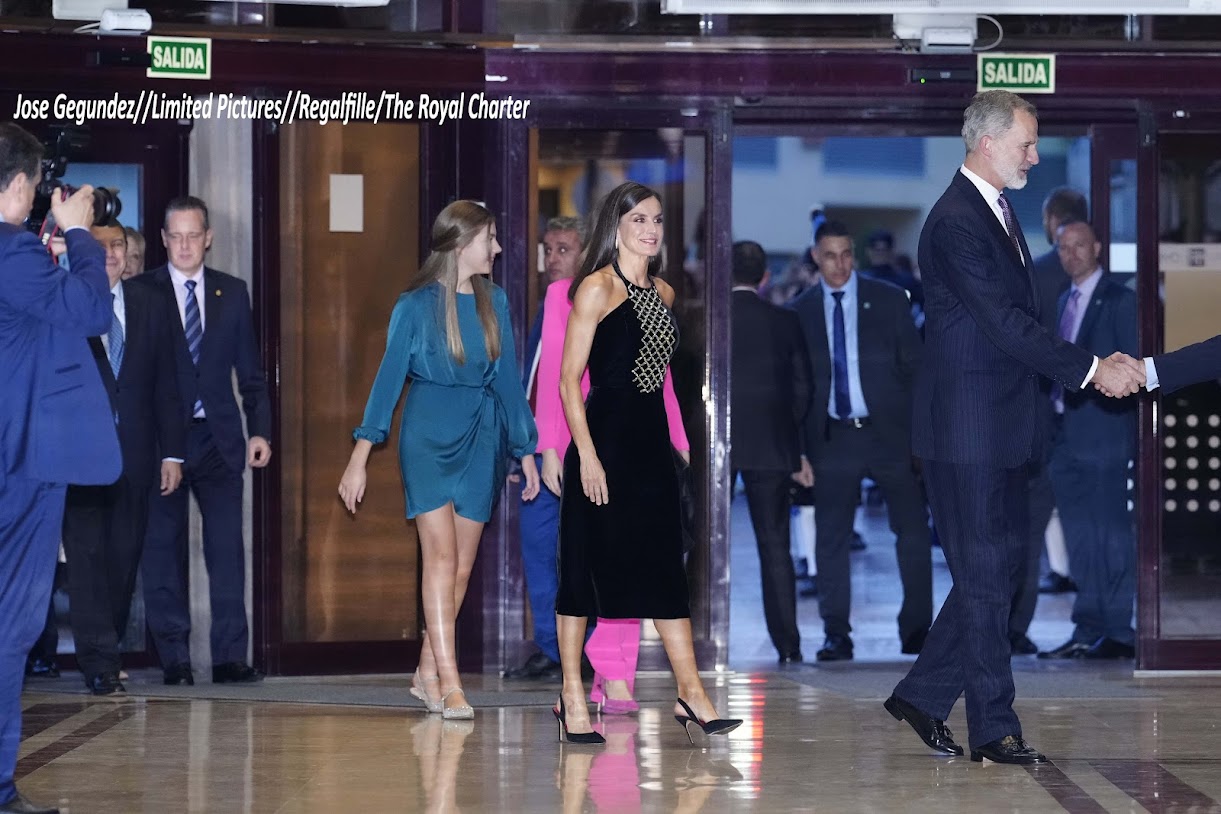 King Felipe VI and Queen Letizia of Spain arrived in Oviedo this afternoon with their daughters Princess Leonor and Infanta Sofia for the annual Princess of Asturias awards. Leonor, who is a student of IB final year at UWC Atlantic in Wales, arrived home for the fall term break that also coincides with the annual event and her 17th birthday. It was also Sofia’s first public appearance since the National Day parade earlier this month. 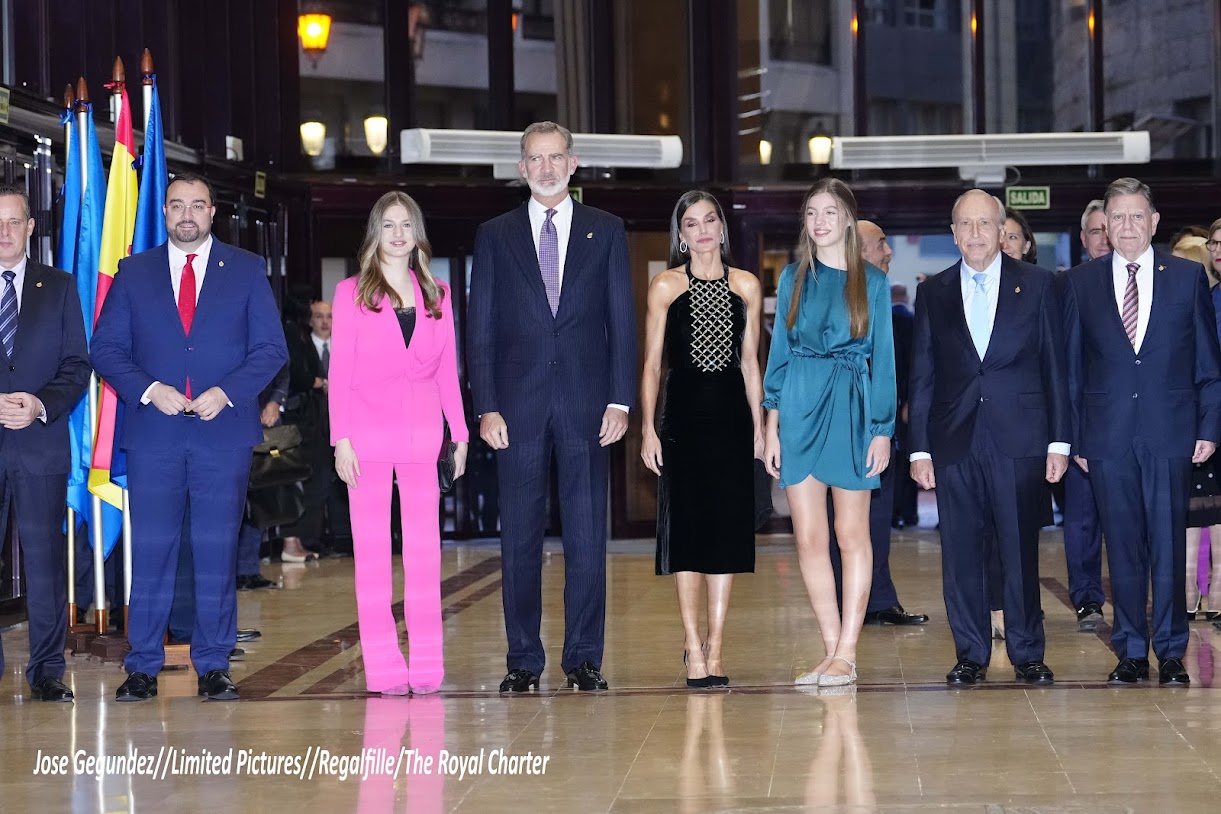 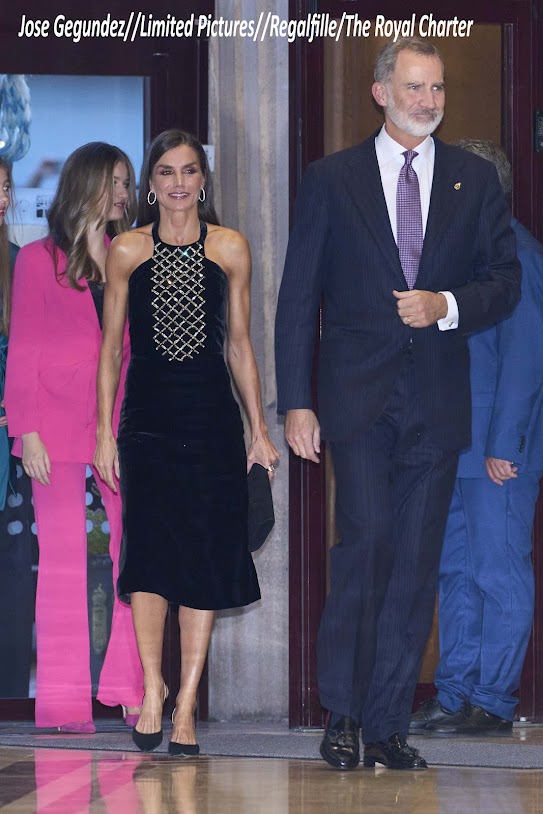 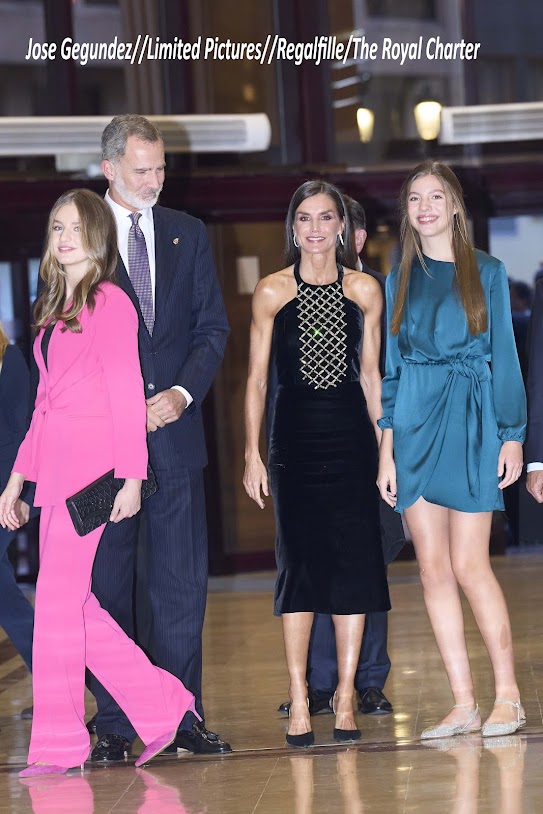 The province of Asturias is also Queen Letizia’s homeland. She was born in Oviedo.

Tomorrow, #KingFelipe and #QueenLetizia of #Spain will be in Oviedo for the Annual Princess of Asturias awards.

A little-known fact is in 2003 few days before their engagement announcement the couple met at the same event and no one knew they were dating. #lovestory pic.twitter.com/WPZly3eqRF

In 2003, a few days before the engagement announcement, Felipe and Letizia were seen together at the same event where Felipe was presenting the awards and Letizia was covering the event as the journalist. No one knew that they are a couple and on the verge of announcing their engagement. 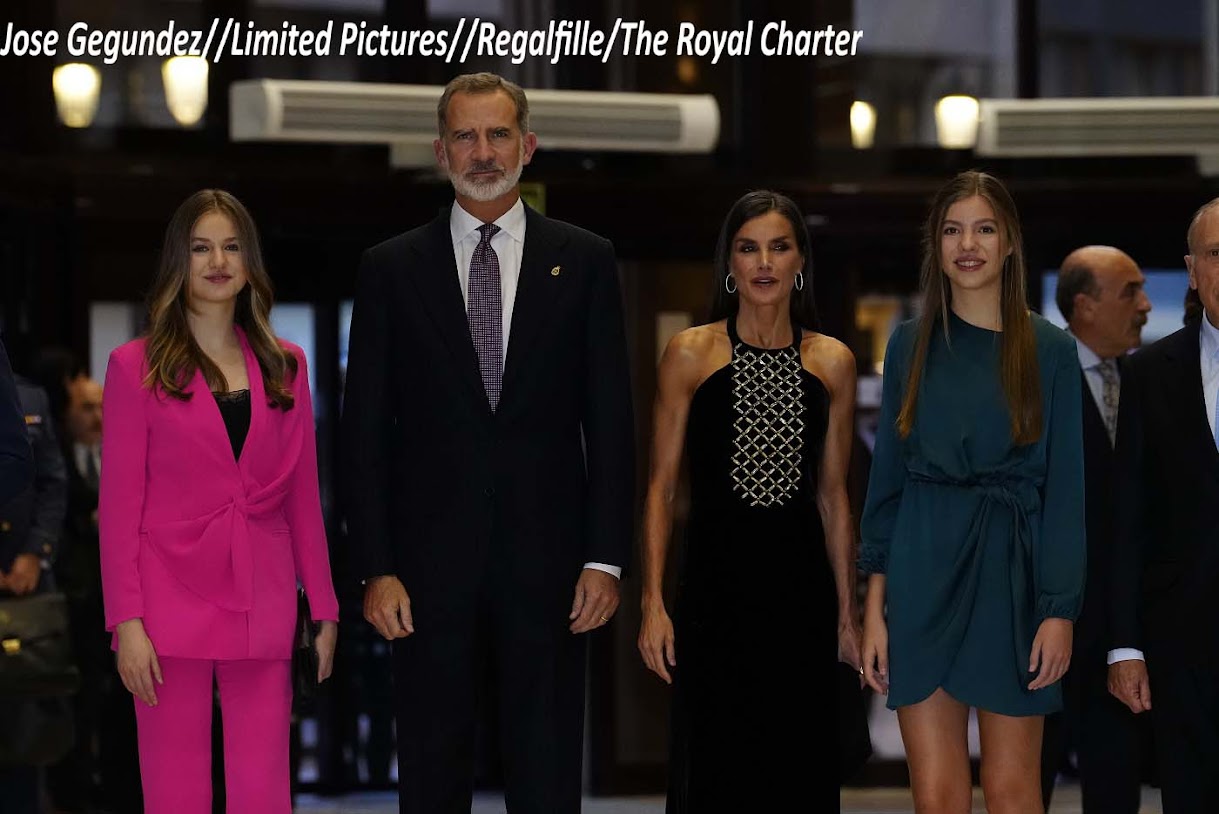 Princess of Asturias awards are organized by its namesake federation. Aimed at awarding the scientific, technical, cultural, social, and humanitarian work carried out by people, institutions, groups of people or institutions in the international arena, they are awarded in eight categories: Arts, Letters, Social Sciences, Communication and Humanities, Scientific Research and Technical, International Cooperation, Concord and Sports.

The winners shared the stage after twenty-five years of their last performance together, to honour, through a dialogue between cante and baile, some of the most representative voices of Spanish poetry. Carmen Linares and María Pagés performed various flamenco subgenres such as tonás, bulerías, fandangos or tangos, among others. Through this art, they will integrate popular songs and poems by Juan Ramón Jiménez, Miguel Hernández, Federico García Lorca, Rafael Alberti, Jaime Gil de Biedma and El Arbi El Harti. 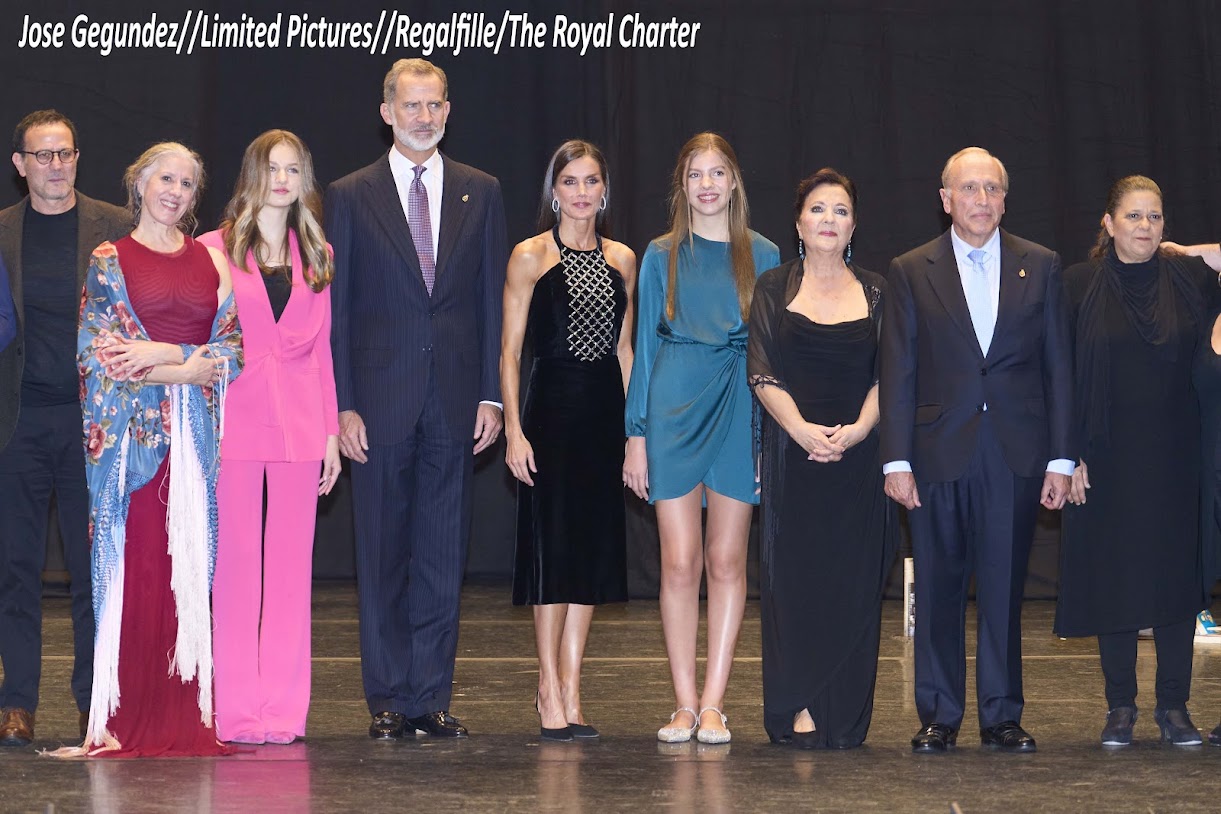 At the end of the concert, the Anthem of the Principality of Asturias was performed and then The Royal Family headed towards the stage to meet and greet the performers of the night. Before leaving, King Felipe, Queen Letizia, Princess Leonor and Infanta Sofia met with the guests and attendees. 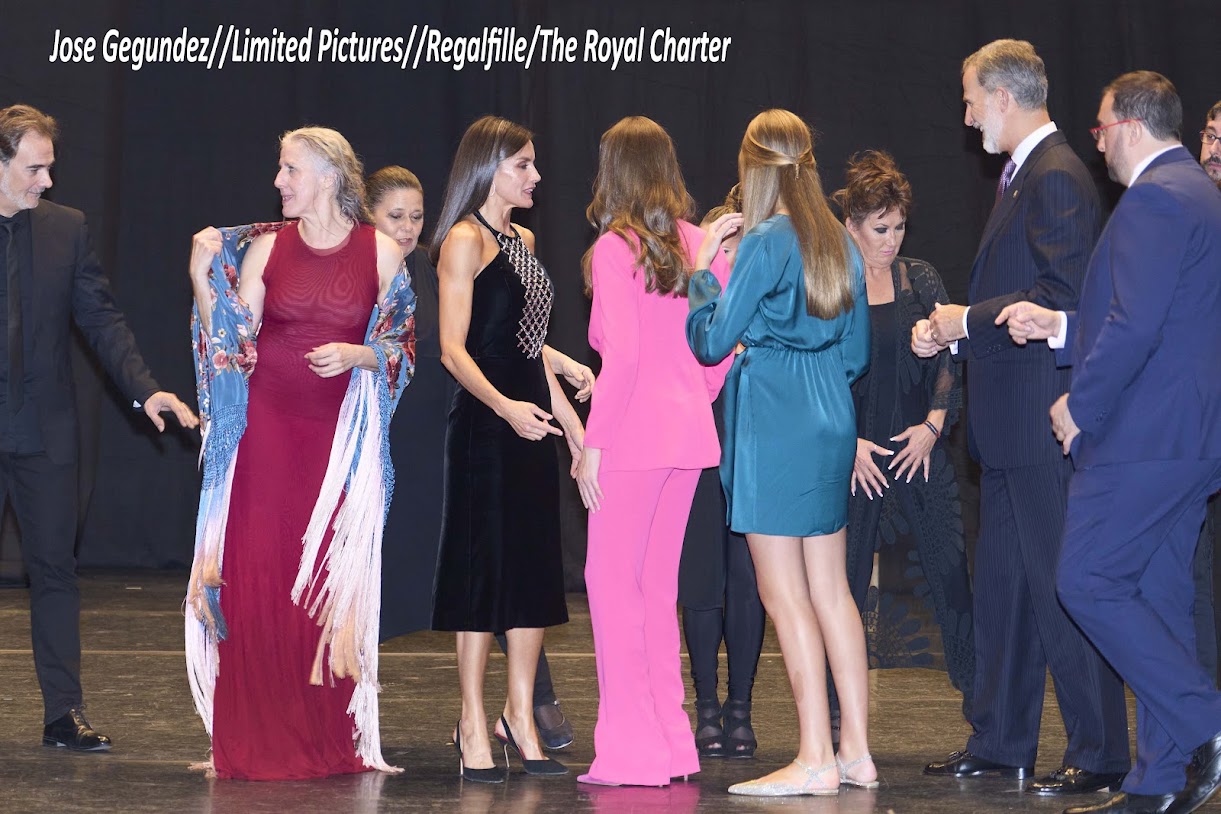 The video of the evening. 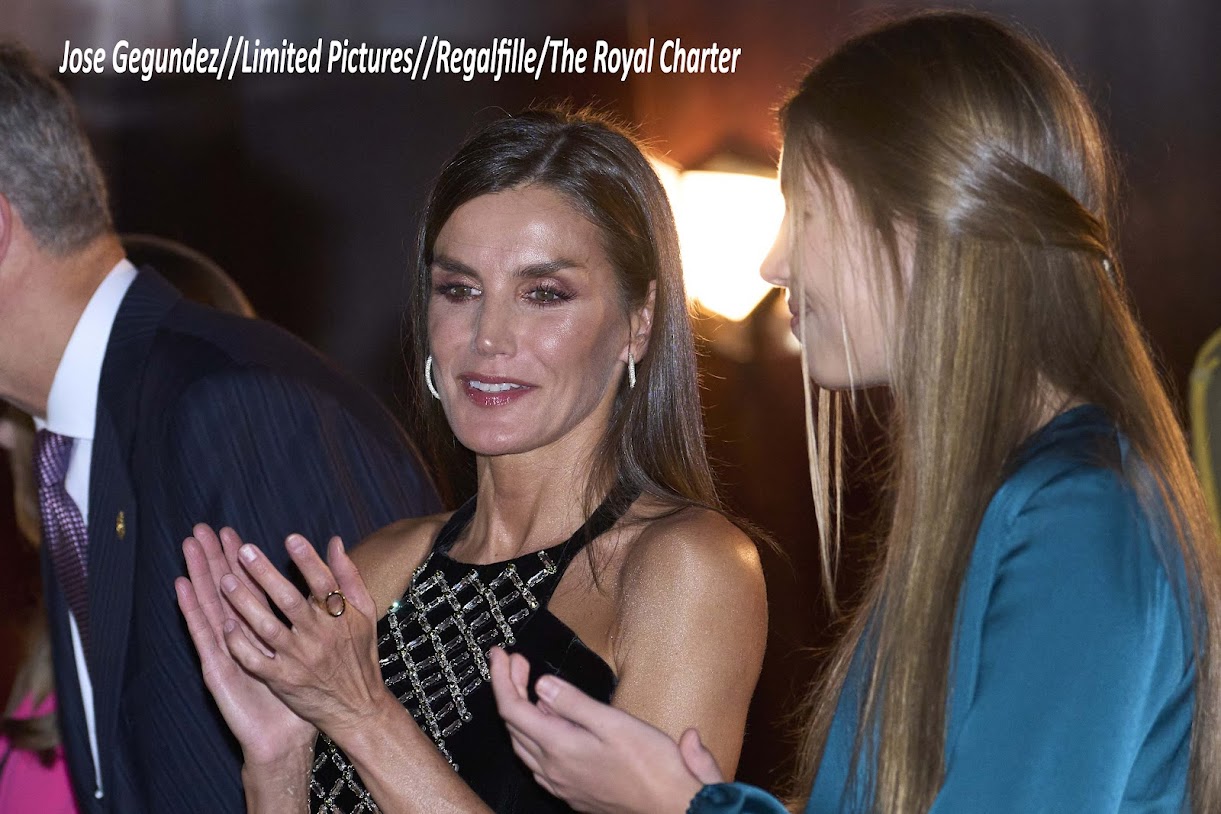 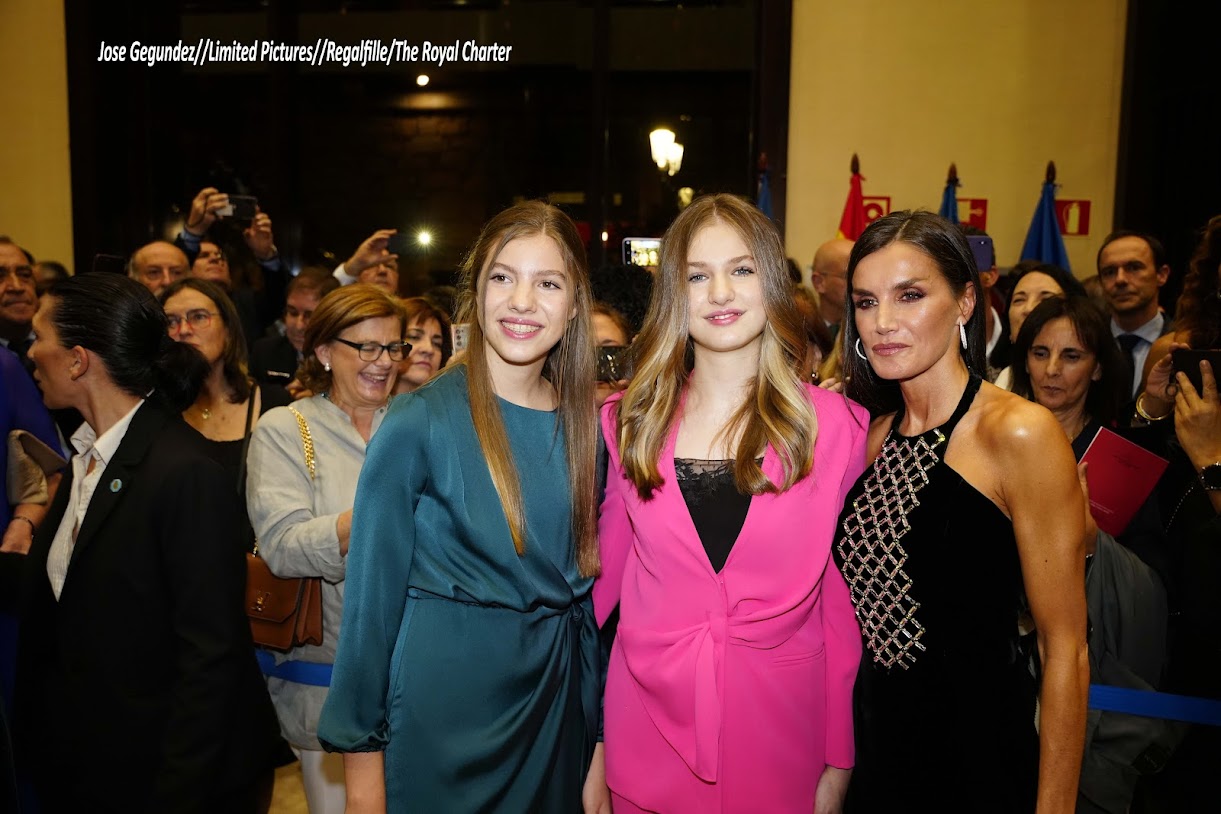 Moving towards the style details of the night – It seems Queen Letizia of Spain and her both daughters Princess Leonor and Infanta Sofia were keen to dazzle the night and they definitely did. 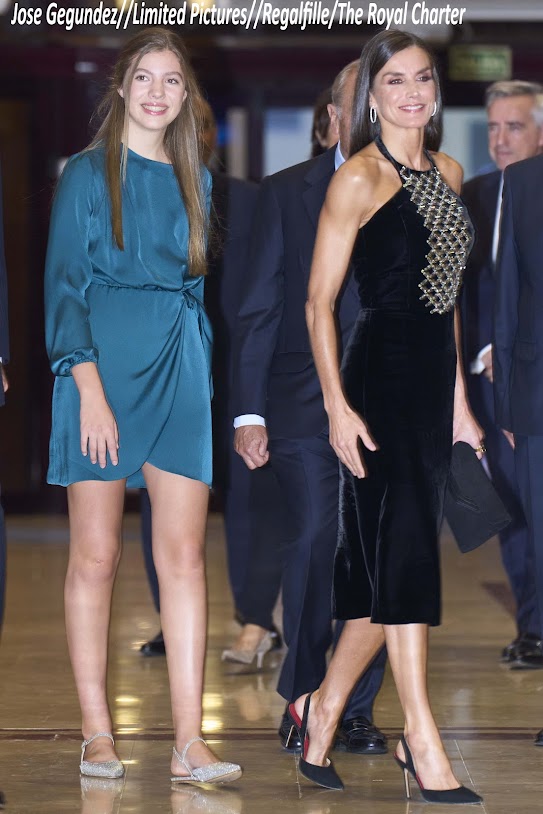 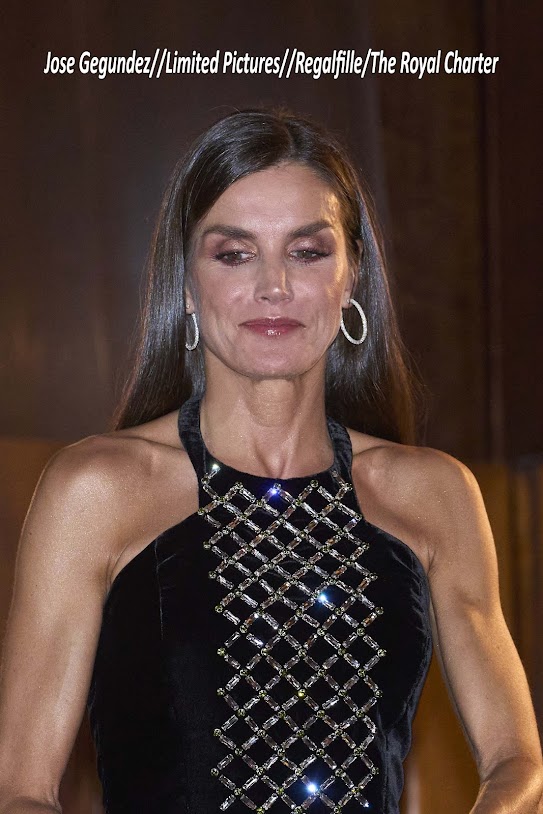 The outfit design was part of Teresa Helbig’s Bookwalk collection. Of course, we can see Letizia’s dress has been customised to her choice. 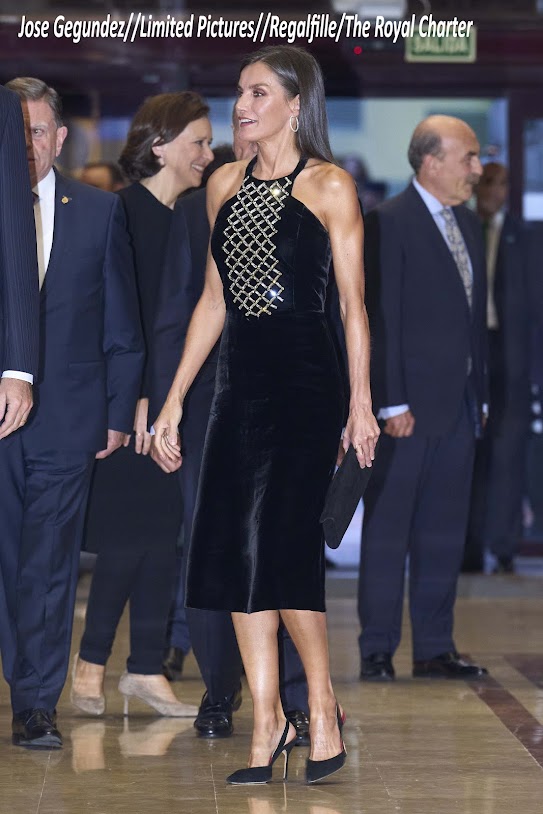 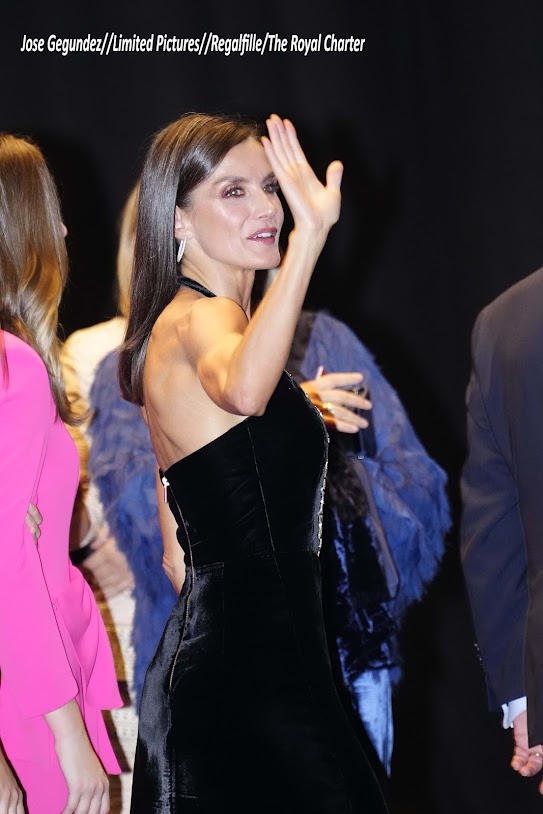 Another look at Queen Letizia of Spain’s Style of the evening.

Letizia teamed up the outfit with the diamond Venus Coolook Hoops. 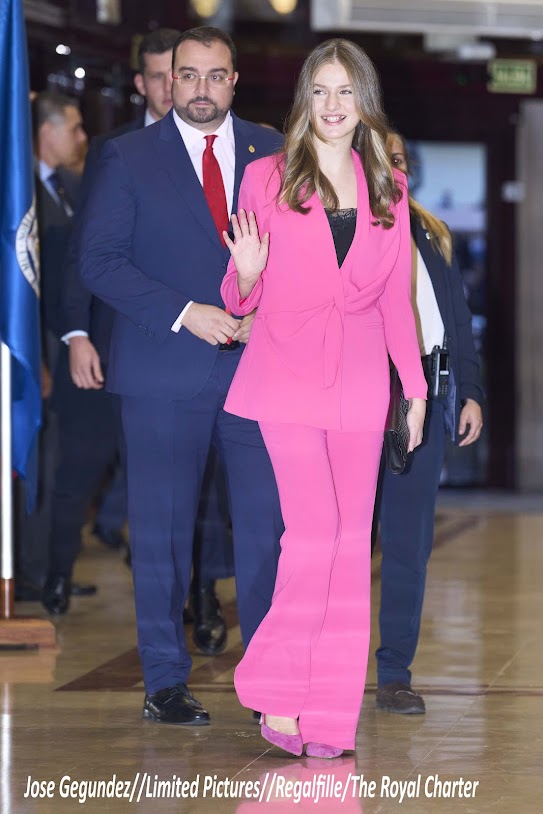 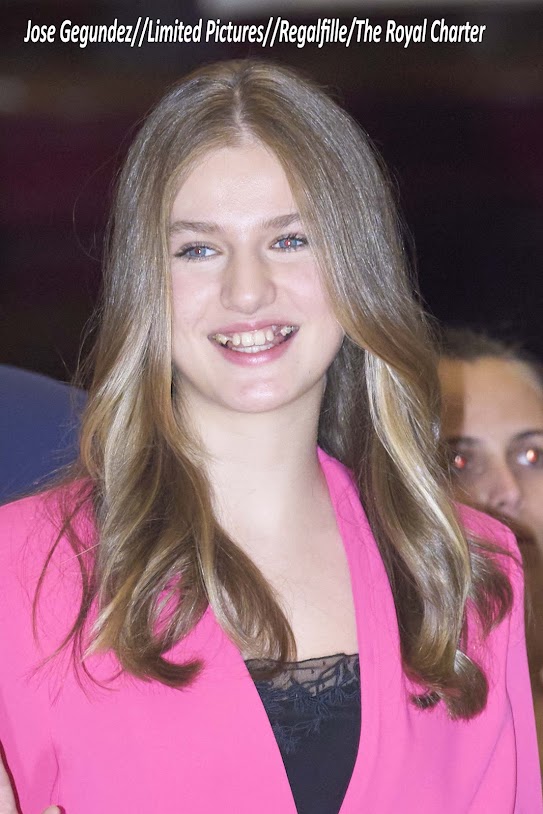 Update: Princess Leonor was wearing a customised suit from the Spanish label, Laura Bernal. The suit was based on the label’s pink suit from Summer/spring collection shown above and was made in fuchsia for Leonor. Fuchsia shade had been dominating Laura Bernal’s spring/summer collection. 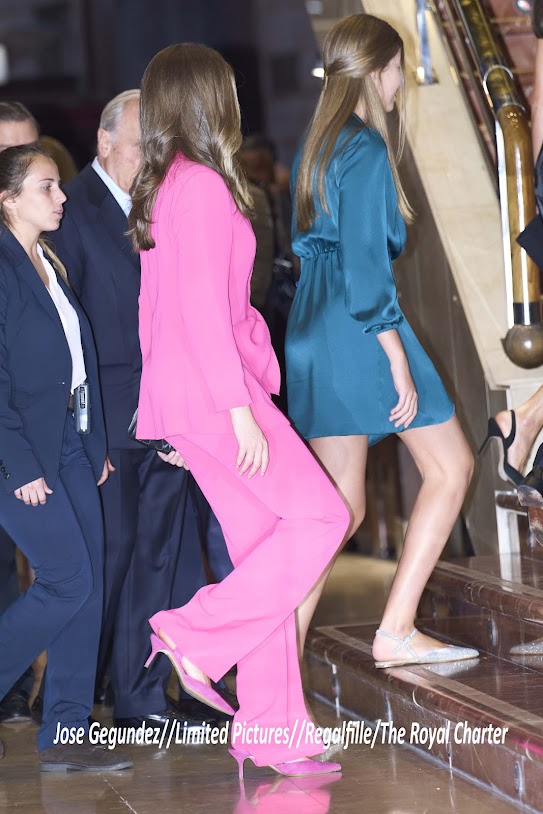 Infanta Sofia chose a gorgeous €89.95 satin The-Are Bestido Mrs Bailey dress that she paired with a glittering pair of ballerinas from Spanish label By Mum shoes. Thanks to Nuria for the id.

A look back at previous year’s style details

In 2020 the concert was cancelled due to the pandemic. In 2019 Queen debuted a new Spanish label for her wardrobe – The 2nd Skin. 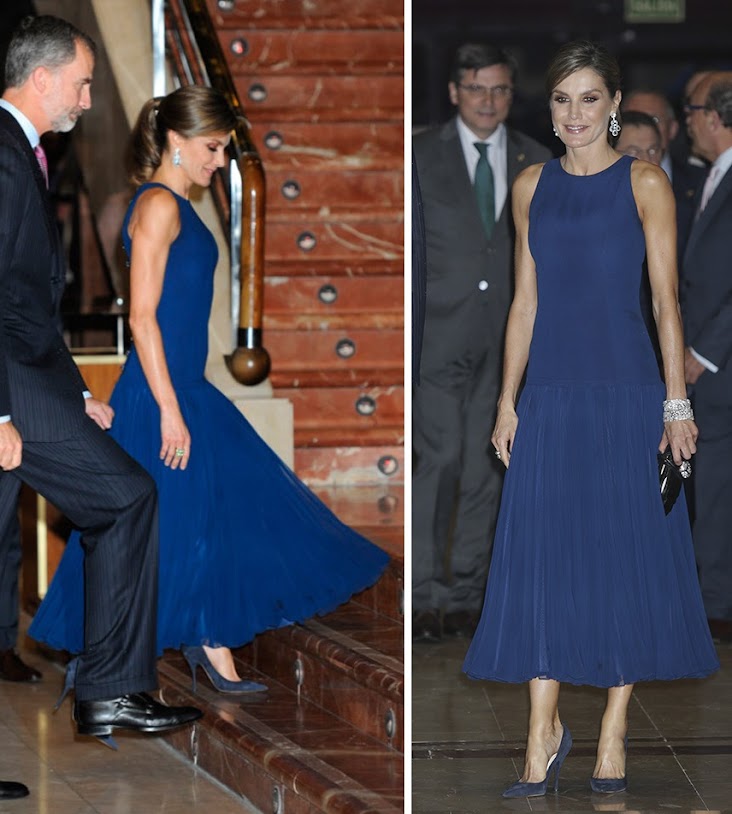 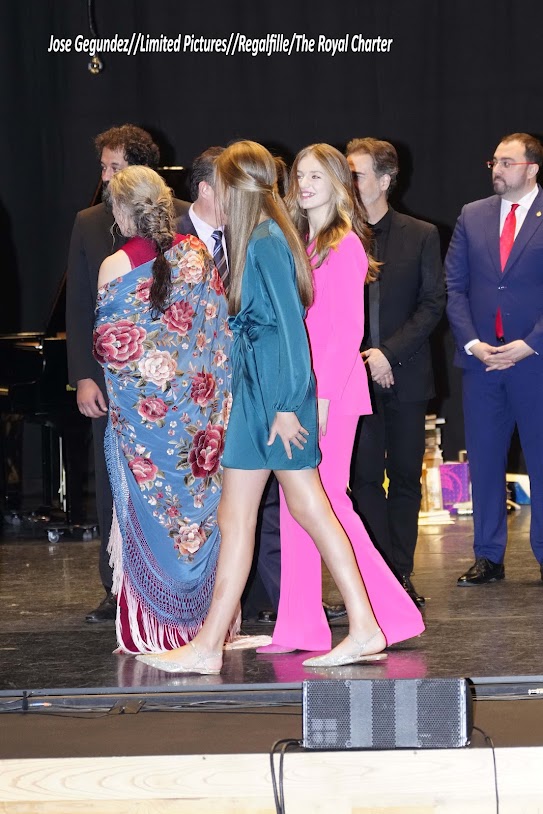 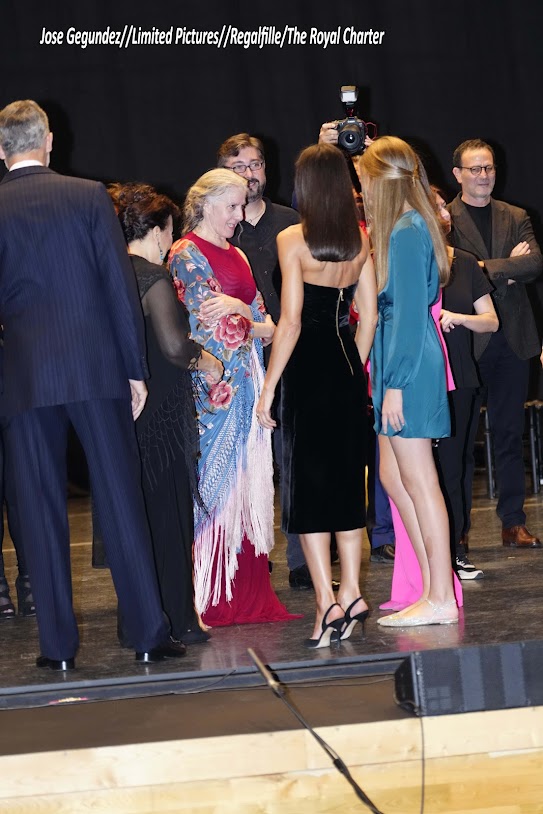 Tomorrow the Spanish Royal Family will first receive an audience from the winners in the morning and then present the awards in the evening.