King Felipe VI and Queen Letizia of Spain undertook their last joint international visit this week and visited Croatia for two days. The couple left Madrid on Wednesday and arrived in the capital city of Croatia, Zagreb. The Royal couple was accompanied by the Minister of Science and Innovation and the Secretary of State for the European Union.

After the interpretation of the national anthems of the two countries, the King and President Milanović reviewed the troops, and the presentation of both delegations took place. Next, Don Felipe and the Croatian President held a meeting, in which they highlighted the ties and bilateral relations between the two countries that have been going on strongly for the last 35 years.

Queen Letizia had an individual meeting with First Lady Sanja Musić. Both ladies discussed the World Health Organization Summit that will be held in Croatia in 2023 with the aim of raising awareness about childhood obesity.  First Lady, Sanja Musić Milanović is a doctor and university professor, specializing in epidemiology and obesity in adults and children. She has dedicated the majority of her medical career to promoting healthy lifestyles that contribute to preserving and improving health.

Queen Letizia of Spain is a special FAO Ambassador who has been supporting initiatives aimed at raising awareness about this problem, offering it visibility and promoting solutions based on healthy eating and an active and healthy lifestyle.

In the afternoon King Felipe VI and Queen Letizia of Spain headed towards the Monument to the Fatherland where they paid a floral tribute to the fallen soldiers. They were accompanied by the President and First Lady, the Honors of a Battalion and two members of the Armed Forces of the Republic of Croatia. 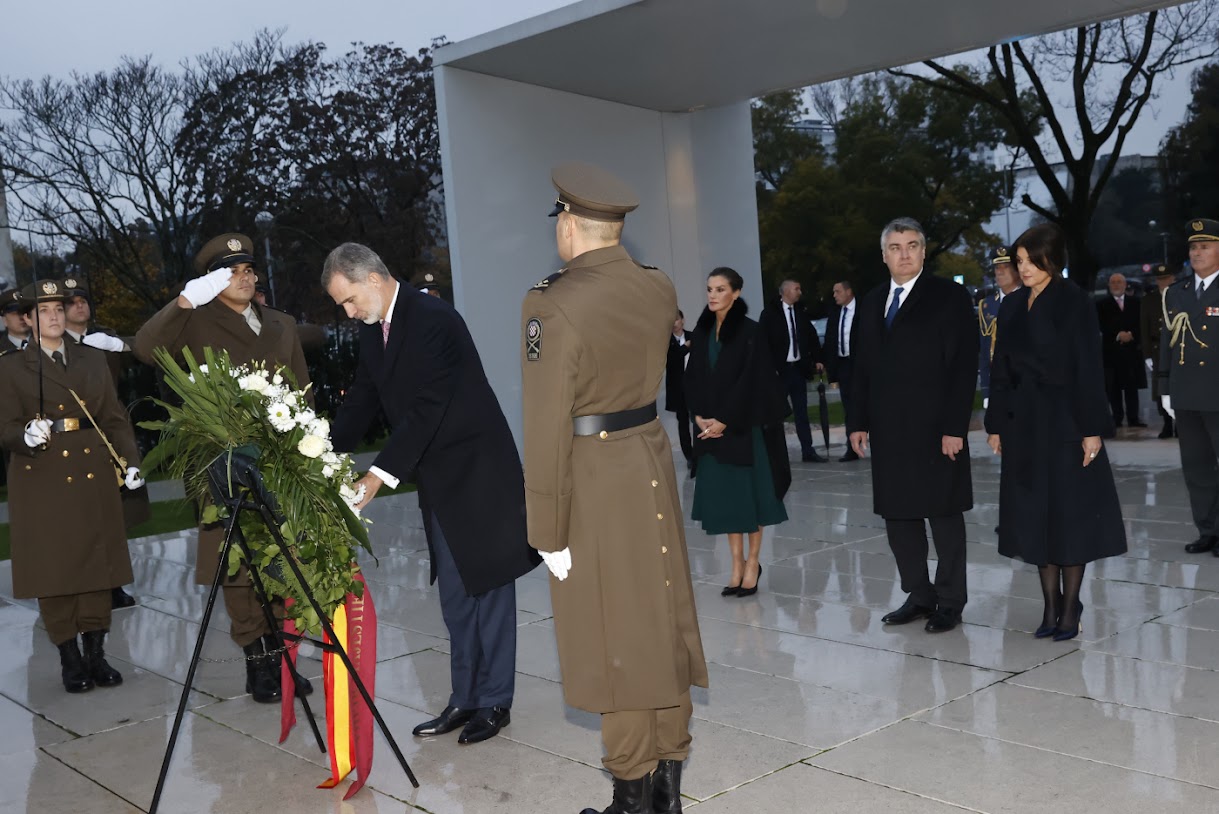 The Monument was inaugurated at the end of 2020 and is located on the outer limit between the historic centre and the new part of the city. The monument featured a portal/arch, under which the delegations are placed in the official ceremonies, an eternal flame that emerges from a bronze and rock structure -next to which the floral offering is left with a glass wall surrounded by water surfaces closing the complex to the south. The wall was inspired both by the wailing wall and by a wall with the names of the fallen in the war of Croatian independence.

For the first part of the Croatia visit, Queen Letizia of Spain was wearing the green custom-made coat dress that she first wore at the Thanksgiving service for the life of Prince Philip in the UK earlier this year.

The coat dress features a lapel collar neckline with a flared skirt and a matching velvet belted waistline and cuffs. 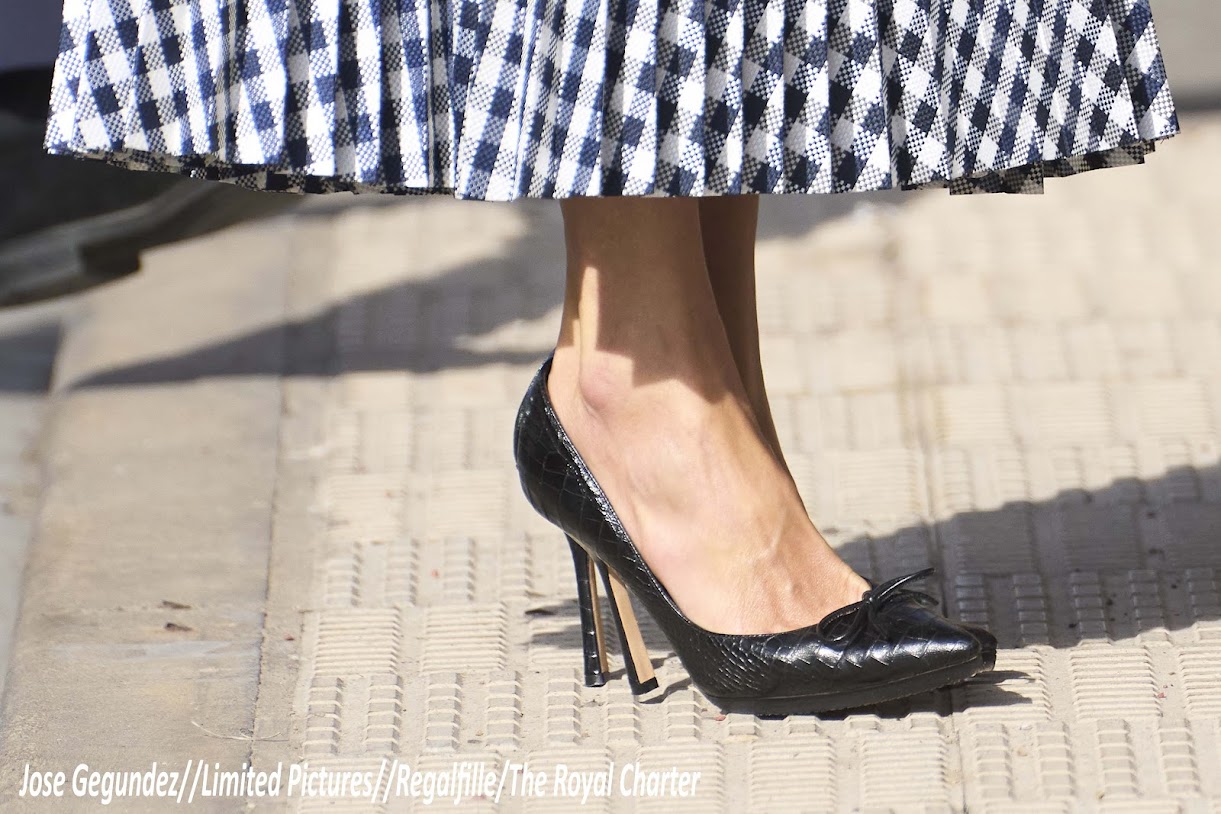 and her Karen Hallam ring was not missing either.