Queen Letizia of Spain, the Honorary President of the “FundéuRAE” – formerly known as Urgent Spanish Foundation, presided over the working meeting of the foundation at the Royal Spanish Academy in Madrid. Since coming back from the summer break, Letizia has continuously had a busy schedule. This week first she attended the Closing Ceremony of the XIV Call for Social Projects and then travelled to Albacete to open 2022/23 Professional Courses.

Today’s meeting discussed various issues related to language and the media as well as speciality languages ​​and their uses in the journalistic field. An ex-journalist Queen Letizia has been a keen advocate of linguistic study and promotions. Among the issues that were raised for further reflection, is the treatment by the media of the language of war. The board also discussed how the war in Ukraine has brought to public debate issues such as the change in the form of a toponym for extra-linguistic reasons, the use of euphemisms by the media, as well as the presence of metaphors of words related to armed conflicts. in other areas, such as sports or medical language.

Youth language was also discussed, the impact that social networks such as Twitch or TikTok have on it and the exchange of lexicon between Spain and Latin America due to the content that young people from both sides of the Atlantic consume through the Internet.

Founded in 1973, the Royal Spanish Academy has a team of journalists, linguists, lexicographers, orthotypographers, proofreaders and translators who offer daily recommendations and answers to the queries they receive, in order to be a tool that helps all those who use the language in their daily work. The Academy works towards the preservation, promotion and adaptation of the Spanish Language. The RAE and the EFE Agency constitute the board of trustees of “FundéuRAE”.

The Foundation promotes rapprochement and collaboration between the media in Spanish in Spain and America, as well as in the Philippines and Equatorial Guinea, for the best defence of the correct use of the language according to the RAE and ASALE guidelines. “FundéuRAE” is working towards becoming a world reference in the correction of journalistic language and promoting the linguistic training of the editors of the media that are published in Spanish in the world. 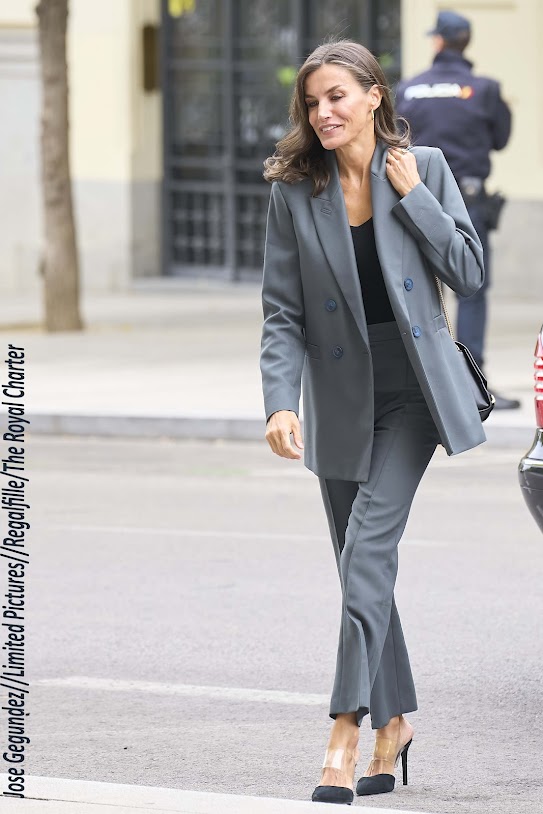 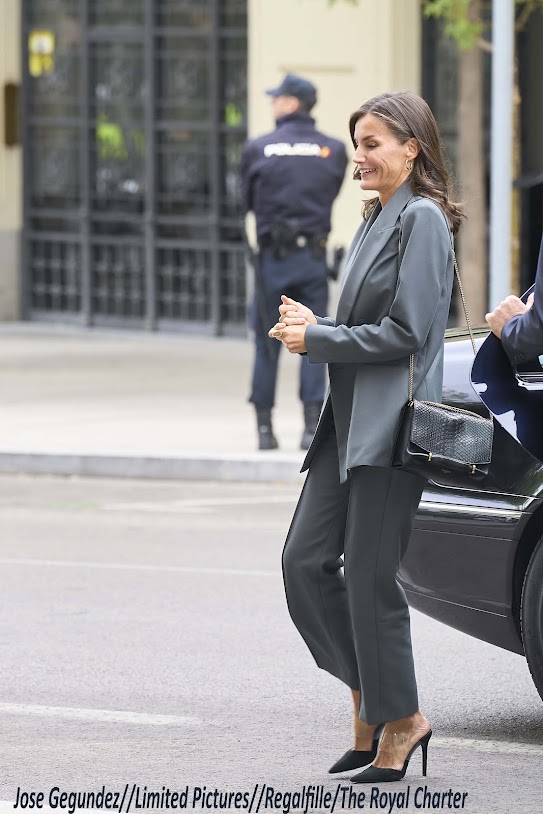 Moving towards Queen Letizia style – Queen Letizia brought another familiar look from her wardrobe back for the last engagement of the week. 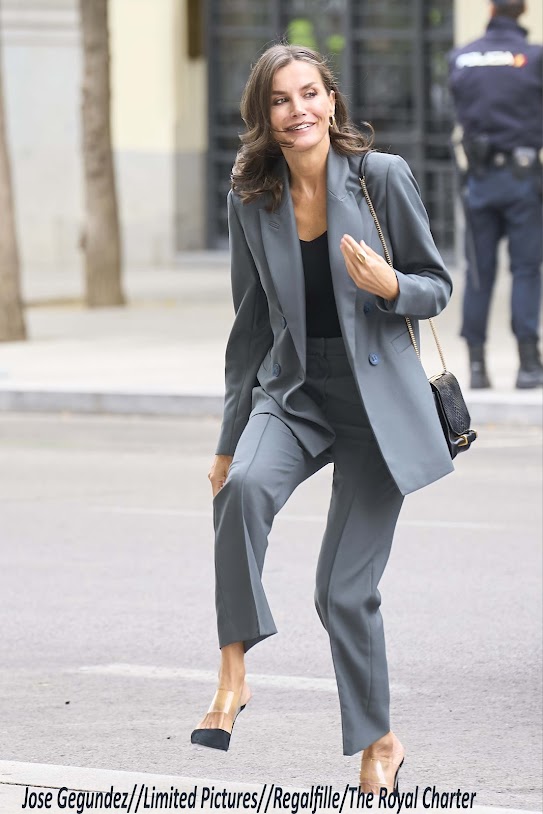 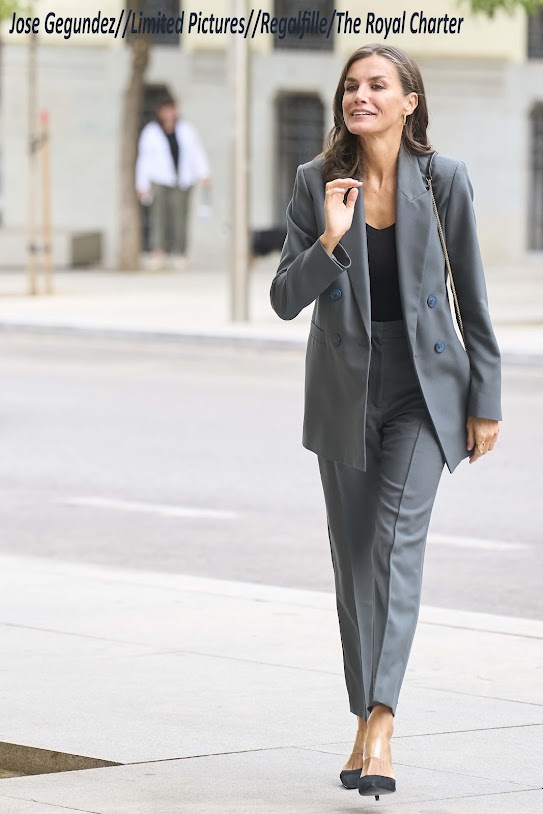 Queen Letizia of Spain was wearing a green suit from the Spanish label Bimba y Lola that she first word in April 2021 at Iberdrola Innovation and Training Campus inauguration. 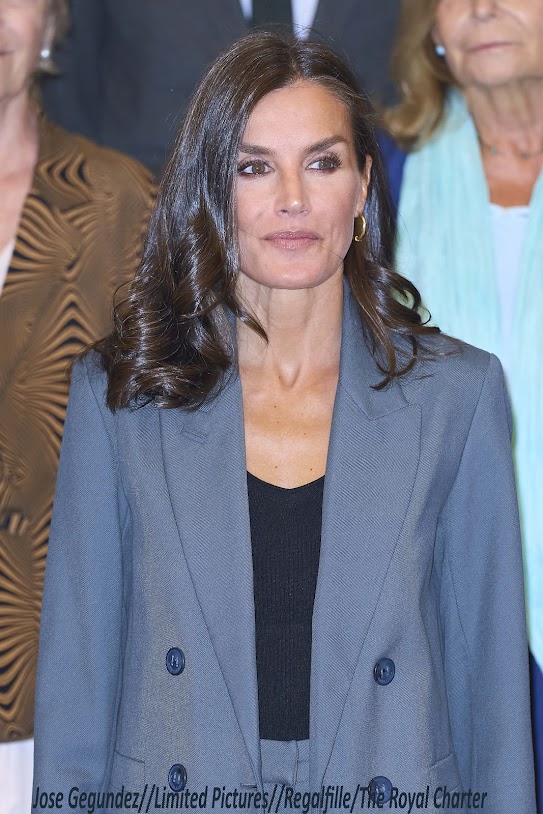 This time, Letizia paired the suit with a black ribbed knit top that remains unidentified.

and her Nina Ricci Marche bag. 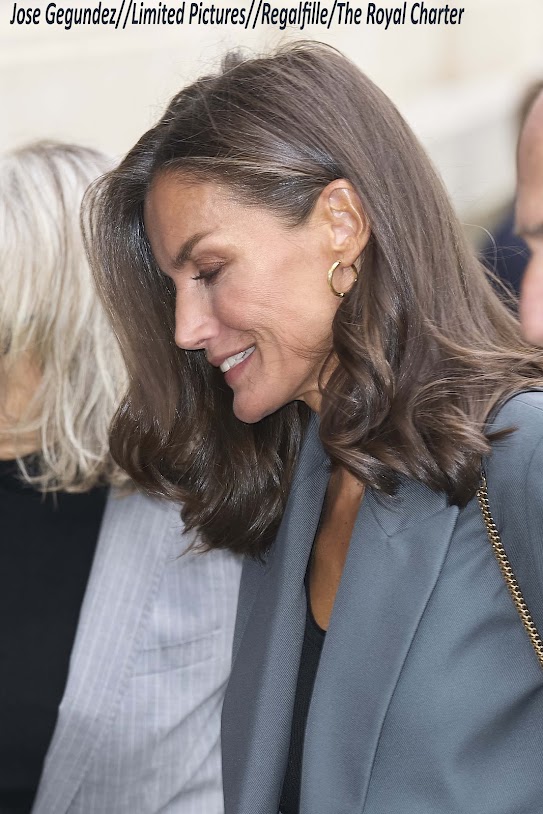 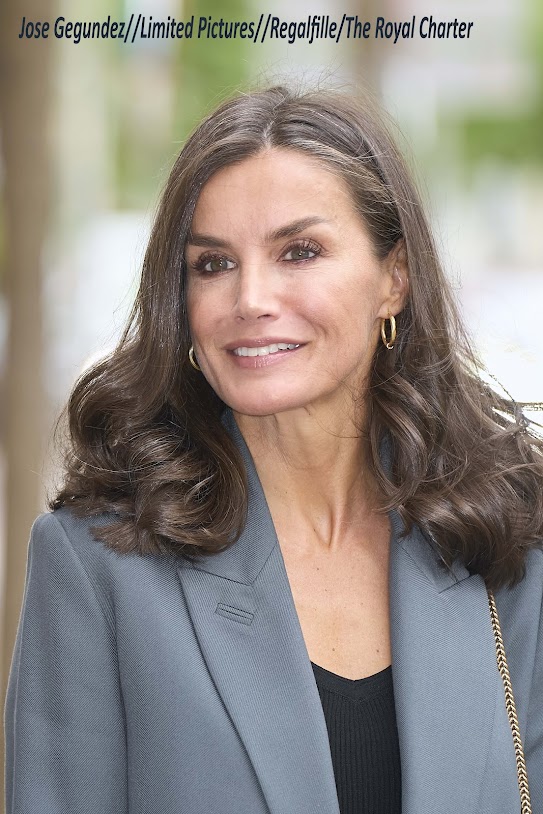 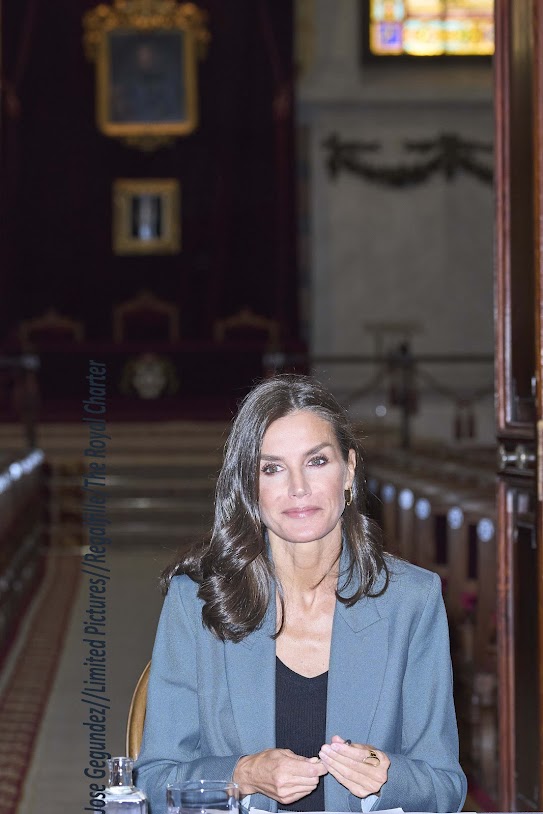 The Palace has not announced next week’s agenda yet but October is set to be a busy month for the Spanish Queen. On October 12 the Spanish Royal Family will mark the National Day. On October 17, King Felipe and Queen Letizia will begin their State visit to Germany where they will be visiting Berlin and Frankfurt. The month will end with the annual Princess of Asturias awards and Princess Leonor‘s 17th birthday celebration.