King Felipe VI and Queen Letizia of Spain‘s elder daughter, The Princess of Asturias, Leonor will be heading to all three branches of Spain’s military in 2023 for training after graduating from UWS Atlantic Wales next year in May. Leonor is the first in line to the Spanish throne and heiress apparent. As per the reports, Leonor, who is in her second year at the UWC Atlantic College at St Donat’s Castle in Wales, will be training with the army, the navy and the Spanish air force before she goes to University for further education.

Military training is deemed a necessary part of Royal training as the Spanish Monarch is also the Captain General of the Army.  Although it has not been confirmed by the Palace at which training bases Leonor will be trained, the speculations include the Air Force base located in Murcia, the Army base in Zaragoza and third, the Naval School of Marín in Galicia. During her Navy training, Leonor will be training at the Juan Sebastián de Elcano, a training ship used by the Spanish Navy. Leonor’s first-ever official visit to a military base was in 2014 to the San Javier Air Force base in Murcia.

At this time it’s not clear which University Leonor will be attending. Leonor has a world full of opportunities at her disposal. She could be staying in Madrid just like her Father King Felipe and Mother Queen Letizia who studied Journalism at the Complutense University of Madrid or can choose to go abroad just as her father did and went to Lakefield College School in Ontario, Canada for high school and then to Washington for Master’s Degree.

But in a way, Princess Leonor of Spain has already been following the footsteps of her Father King Felipe as she is currently at UWC for International Baccalaureate after finishing school at Santa María de los Rosales School which her Father also attended. 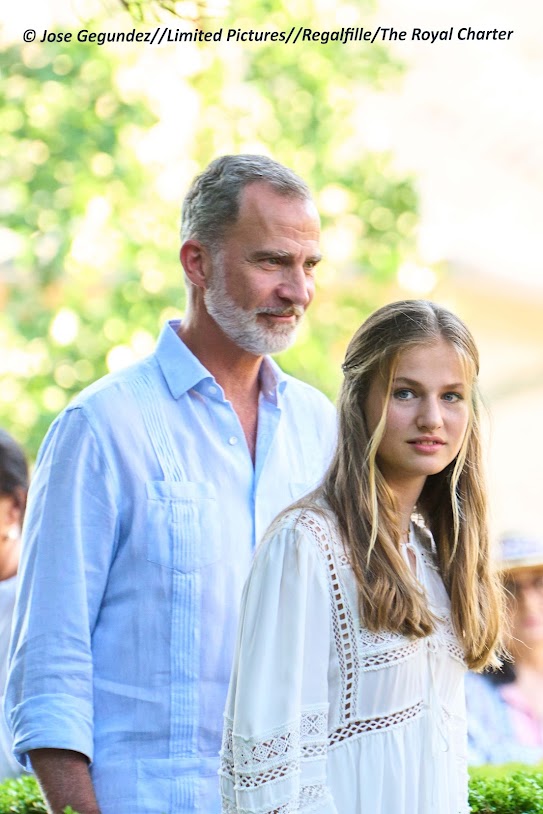 If we go by the reports in Spanish media, The Princess of Asturias might be heading for Law school just like her father King Felipe and then a Master’s degree outside of the country as Felipe studied in Washington.  Felipe finished his military training at the General Military Academy of Zaragozo, Naval Military School in Marín, and General Air Academy in San Javier. And then studied law at the Autonomous University of Madrid.

The Future Queen of Spain is reportedly fluent in different languages. We have already seen her conversing confidently in Spanish and English on many occasions. She is said to be good at Catalan, Arabic, Mandarin and French also. Princess Leonor of Spain is a member of an American summer camp where she practices tennis, sailing and gymnastics and is also an accomplished cellist.

During her recent public engagements this year when she presented Princess of Girona Foundation awards and joint engagements with her sister, Leonor has already shown her keen style sense. She can be a chic Princess in colourful trousers just like at the Football match in the UK or can don an evening skirt with an up-do to present awards.

Leonor will be back in Spain in October for fall term break that will also coincide with her 17th birthday and the annual Princess of Asturias awards. We last saw the Spanish Princess in August during a walk in the streets of Mallorca before a private summer break.